The top public and private companies in Florida, as ranked by revenue. 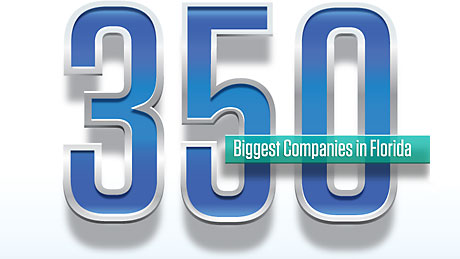 Rising tide:
Collectively, revenue at Florida’s 350 largest companies rose $38.2 billion over the past year, with private company revenue rising 9.3% compared with an 8.2% rise at public companies.