Tropical Storm Alex is expected to form today as it slowly makes its way toward Florida, half of which is now under a Tropical Storm Warning, according to the National Hurricane Center. “The system is expected to develop a well-defined center and become a tropical storm later today, and some slight strengthening is possible while it approaches Florida today and tonight,” said NHC Senior Hurricane Specialists Robbie Berg. More from the Orlando Sentinel and the Miami Herald.

Florida will soon have 11 more specialty license plates and one new military tag for those serving during the Cold War traveling about its highways, although nine of them came as a package deal. The Divine 9 specialty tag approved by the 2020 Florida Legislature is for nine historically Black fraternities and sororities. Those nine along with the America the Beautiful and Explore Off-Road Florida tags were shipped out this month to the state’s 67 county tax collector offices. More from the Orlando Sentinel.

Teachers will no longer lose bonus money due to mask mandates

Teachers who work in schools that perform well academically will no longer lose out on bonus money just because their school district imposed a mask mandate. Florida Gov. Ron DeSantis said he won’t enforce a provision in an appropriations bill passed by the Legislature that would have made a dramatic change in a decades-old program to give extra money to employees at schools that receive an A grade or improve a letter grade, based on student performance. More from the South Florida Sun-Sentinel.

Will the Rays choose St. Petersburg or Tampa? The answer could come this month

Depending on which hot take you want to place your bet on, the Tampa Bay Rays either have strongly reconsidered their previous aversion to building a new ballpark in St. Petersburg or recent talks with Mayor Ken Welch are just a distraction from the real conversation with Hillsborough County leaders about an Ybor City stadium. And leaders on both sides of the bay expect something to happen by the end of the month. More from the Tampa Bay Times.

Fueled by strong demand, soaring home prices and less vacant land for new residential subdivisions to meet population growth, property values across Central Florida are estimated to rise to record levels from last year. In Seminole, Property Appraiser David Johnson said taxable values for real estate and personal property in his county will jump by 12% to a record high of $44.7 billion over the past year, showing that the real estate market for residential, commercial and industrial properties “is very strong.” More from the Orlando Sentinel. 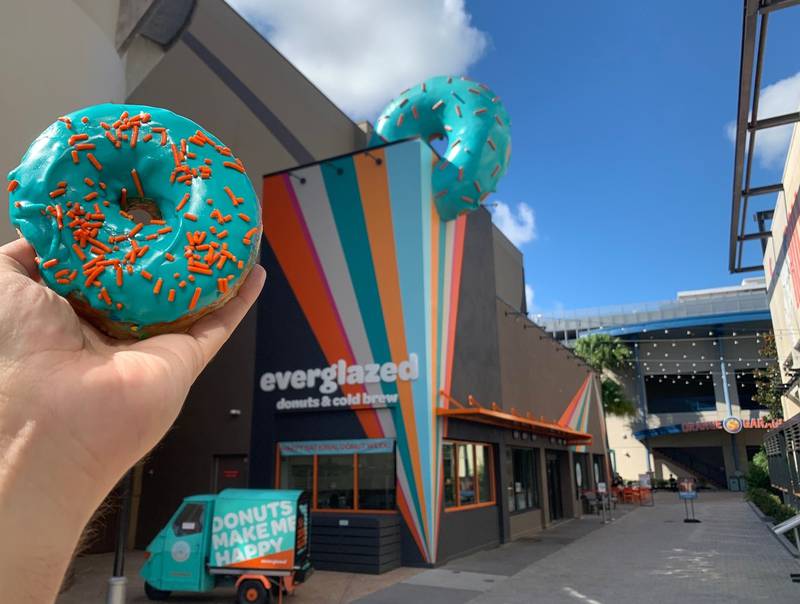 Everglazed Donuts & Cold Brew is now selling a baked good that looks like the giant one perched atop its Disney Springs roof. The aqua-icing with orange sprinkles treat arrives just in time for National Doughnut Day. Customers have been asking for handheld, edible versions of the architecture since the store opened in early 2021, said Allen Morrison, general manager. It has been dubbed the icon doughnut.