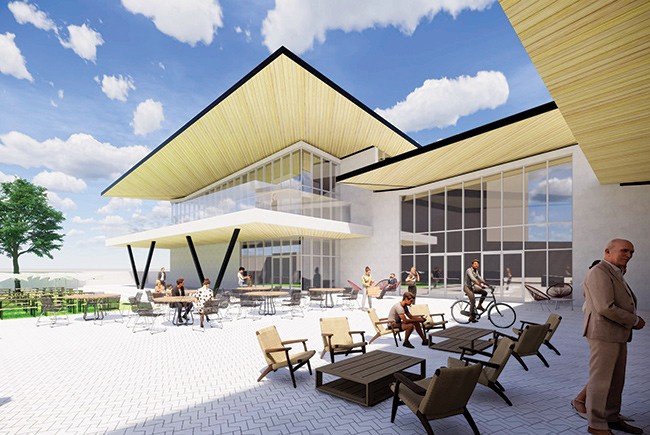 The city of Pensacola has approved plans by two Pensacola entrepreneurs to build a 29,000-sq.-ft. indoor/outdoor food hall, event space and downtown family entertainment complex. Developers Alistair McKenzie and Jordan Yee say the project is meant to provide a launching pad for area chefs who want to start their own restaurants.

Vendors will be offered short-term, one- to two-year agreements with Belmont Hall, McKenzie says. Customers will be able to buy food and dine inside the 15,000-sq.-ft., two-story building or at the 14,000-sq.-ft. outdoor space and courtyard.

Yee says the overall goal of Belmont Hall is to attract new chefs and give them an affordable opportunity to establish a clientele and eventually open their own restaurants.

Yee and McKenzie say their plans call for opening Belmont Hall sometime in 2022.

Former Gov. Wayne Mixson died July 8. The Democrat from North Florida served as the state’s chief executive for three days from Jan. 3-6, 1987, after Gov. Bob Graham was elected to the U.S. Senate and before Bob Martinez took office.