Oil drilling in the Everglades 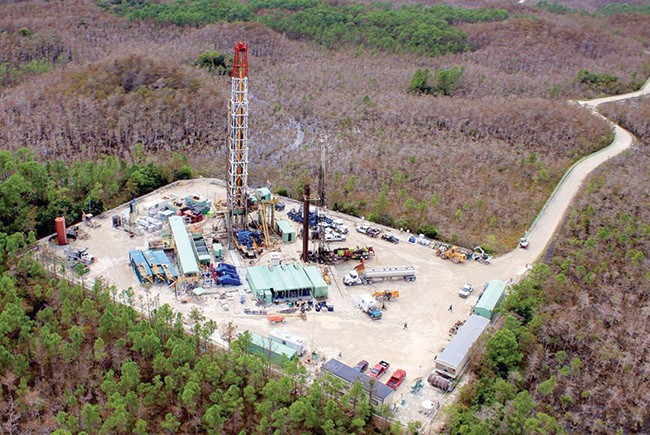 In 1941, eager to create a new industry in Florida, the Legislature offered $50,000 to whoever made the first commercial oil or gas discovery in the state. Two years later in Collier County, Humble Oil and Refining struck oil in the Sunniland Trend, a two-mile deep formation that runs from Miami to Fort Myers and nearly 200 miles into the Gulf. Humble took its prize money, added another $10,000 and donated it to the University of Florida and the Florida State College for Women, today’s Florida State University.

Times and the state change. Florida stopped issuing permits for oil exploration in the Everglades after 1967 and tried, before losing earlier this year in the 1st District Court of Appeal, to thwart the latest would-be explorer that wants to tap the Sunniland Trend, Miami’s Kanter Real Estate. Founder Joseph Kanter, an Alabama transplant who was a prominent apartment developer and then banker in Miami in the 1940s and 1950s, purchased 20,000 acres in west Broward’s Everglades a half-century ago on the assumption that as Southeast Florida built out, his site would be ripe for a new city. The city never happened, but in 2015 his corporate descendant applied to drill a two-mile deep, exploratory well on a smidgen of their holdings — five acres — in the Everglades south of Alligator Alley and west toward the Collier County line.

In Florida, the big issue is offshore drilling. Florida’s land, however, is dotted with sites permitted for oil and gas wells — some dry holes, some never drilled and others plugged and abandoned. All but a few of the producing wells lie in Collier County and near the Alabama border in Santa Rosa County although applications are pending for drilling in Calhoun County in the Panhandle. Existing wells largely date to the 1970s and 1980s. For 2018, Florida’s 57 producing wells generated 1.8 million barrels of oil, 73% of it from the two Northwest Florida oil fields, and just a half million barrels from South Florida. Texas, America’s most productive state, tallies more than 1 billion per year.

Kanter has good reason to think there’s oil below. In 2010, BreitBurn Energy Partners said a new horizontal well it drilled in Collier was producing more than double what the partnership projected. In 2017, Texas-based Burnett Oil won court approval to do seismic testing in Big Cypress for oil potential — testing that is ongoing. A Kanter-hired expert has testified that drilling on its site stood a 23% chance of finding a commercially viable amount of oil — good odds in the oil exploration business. The site will be a commercial success even if only 100,000 barrels are found (assuming oil is priced at least $50 per barrel) but could generate as much as 10 million barrels.

State and local governments and environmental groups were aghast at Kanter’s plan. The Florida Department of Environmental Protection turned Kanter down, saying the land was environmentally sensitive. The Kanters appealed successfully to an administrative law judge and, when the state still refused, to the 1st District Court of Appeal in Tallahassee. The appeals judges ruled Kanter met everything the law required and said DEP Secretary Noah Valenstein overreached. No law prohibits oil exploration in the Everglades, and the Kanter site sits in an environmentally degraded pocket that already has road access, the judges noted.

The court’s ruling hardly clears the way for the first new well in decades in the Everglades. The Kanters, who declined to be interviewed, still have to obtain various permits and approvals from a hostile local government and also from the Army Corps of Engineers, a process that provides opponents numerous opportunities to obstruct the Kanters in the bureaucracy or the courts.

“Our focus has always been to conduct this project in a manner that would be highly protective of the environment,” Kanter President John Kanter said earlier this year. “We believe in our legal system, and this outcome validates our trust in the process. We are grateful that our rights as landowners have been upheld.”

FPL this year started building 10 solar power plants that will begin providing electricity early next year. Each will provide 74.5 megawatts of power. On the Treasure Coast, plants will be built in Martin, Palm Beach and Okeechobee counties. Other counties in Florida getting new plants are Charlotte, Hendry, DeSoto, Suwannee, Baker, Manatee and Putnam.

FPL says it’s building enough solar to increase its solar capacity by 60% as it moves toward a goal of installing 30 million panels by 2030.

FPL’s existing solar generation at 18 plants is 1,250 megawatts. The new plants will take it to nearly 2,000 megawatts — about as much power as is produced by FPL’s St. Lucie nuclear plant.