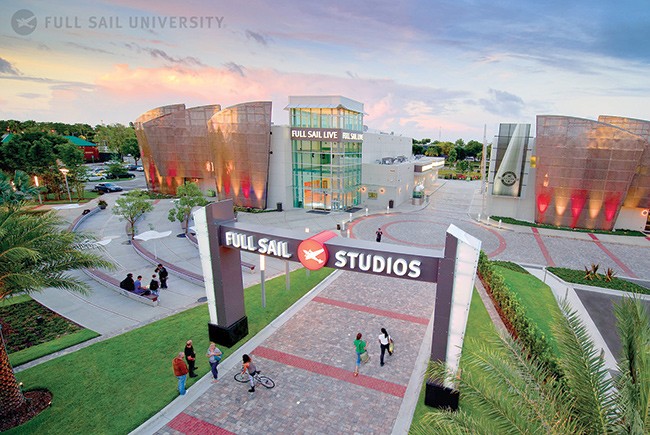 The University of Central Florida is an incubator of technology and research for the entire region. It is the largest university in Florida and one of the largest in the nation. UCF’s graduate video game program is ranked among the top five in the world. It’s also an academic and research leader in fields including optics, modeling and simulation, digital media, hospitality management, engineering and business administration. It supplies aerospace and defense companies with more graduates than any other university in the U.S.

The presence of dopamine in the body can signal illness, but detection can require hours and specialized lab equipment. University of Central Florida researchers using nanotechnology have developed the first rapid dopamine detector.

Requiring only a few drops of blood and the researchers’ small specialized chip, the detector can provide results in minutes.

“A neurotransmitter like dopamine is an important chemical to monitor for our overall wellbeing, so we can help screen out neural disorders like Parkinson’s disease, various brain cancers, and monitor mental health,” says Debashis Chanda, an associate professor in UCF’s NanoScience Technology Center and the study’s principal investigator. “We need to monitor dopamine so that we can adjust our medical doses to help address those problems.”

The private, for-profit university is known for its programs focusing on audio, film and media production; video game design; animation; and studies related to the media and entertainment industries. In 2018, 28 of its graduates were credited on Oscar-winning films in 14 categories. The Princeton Review ranks it as one of the best schools for studying game design.

If you have played or seen the video game Assassin's Creed or Madden NFL, you’ve been in contact with the work of Orlando-based company GameSim.

On the entertainment side, the firm does all aspects of game development, from frontend features and effects to backend optimization. For the military, GameSim creates everything from virtual structures to nationscale geospatial terrain maps.

GameSim was founded in 2008 by University of Central Florida graduate Andrew Tosh, who had been a developer for Electronic Arts and the military. In 2017, GameSim was acquired by Keywords Studios, a company based in Ireland that has more than 5,000 employees worldwide.

“We had gotten about as big as we could get, and we wanted to see what it was like to have more access to the world,” says studio manager Max Acree, another UCF alumnus.

GameSim, which will remain in Central Florida, has just under 40 employees, and UCF and Full Sail University provide a study stream of talent.