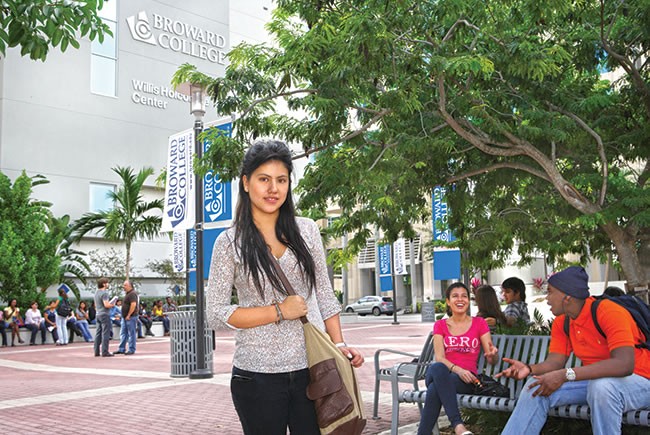 When the Campaign for Grade-Level Reading in June 2017 named Broward County as one of just 29 communities nationwide to receive Pacesetter Honors for making measurable progress in early school success, it was a proud moment for Greater Fort Lauderdale leaders. After all, along with STEM and other course improvements, increasing the number and percentage of low-income children reading on grade level district-wide was an important measure.

It also was validation for an area of education that leaders are committed to improving. Grade-level reading is part of the “Six Pillars” program, the county’s strategic visioning plan through the year 2030.

Atlantic Technical College’s apprenticeship program, which serves as the Apprenticeship Local Educational Agency for Broward County Public Schools, is the largest apprenticeship training program in Florida serving construction and trades. Programs at the district’s Sheridan and McFatter technical colleges provide coursework in a host of areas, including the region’s vital marine industry.

Education leaders countywide see their role as that of a partner with fellow institutions, employers and employees looking to advance their careers.

“This type of workforce development training ensures there is a continuous pipeline of employees with the necessary skills needed as we continually modify our programs to adjust to changes in the marketplace,” says Greg Haile, president of Broward College, which this year was named a top-10 finalist for the Aspen Prize in recognition of graduate job placement and workforce readiness.

The nation's largest Division II school, Nova Southeastern University also enrolls students as young as pre-K up through doctoral programs. A top-200 research university with two doctors of medicine programs (doctor of osteopathy and a new medical doctorate), four in five of its 23,000 students are seeking graduate or professional degrees, says President George Hanbury. NSU plans to double its undergraduate enrollment from nearly 5,000 currently to 6,000 by the end of 2020. A $230-million donor commitment will allow NSU to expand in Tampa Bay.

The school is rich in the exploration of science and health. It has partnered with hospital provider HCA to build a teaching and research hospital on campus.

“We’re not just a Broward or state institution,” Hanbury says. “We’re a national and global institution that emphasizes innovation and high tech.”

Like other institutions, administrators with Fort Lauderdale-based Keiser University see themselves as “a talent development leader” for career-

focused students and the companies that hire them. With more than 100 associate through doctoral programs, the school seeks to address workforce shortages in such targeted industries as information technology and management information systems, logistics and distribution, and defense and homeland security. Some 63% of graduates earn degrees in the STEM, life sciences and health care fields, including its new doctor of chiropractic degree.

Just as important are the “soft skills” (attire, business etiquette, punctuality) taught to 20,000 students on 20 campuses statewide, says Chancellor Arthur Keiser. “The future of higher education is in filling the critical needs in the workforce development delivery system in Broward County and statewide.”

Public, Private Schools Make the Grade
As Florida’s first fully accredited school system dating back to 1962, Broward County Public Schools is the second largest district in Florida and the sixth largest in the nation. The district has 271,500 grade school students plus some 175,000 adult students in 234 schools, centers and technical colleges. The county also has another 93 charter schools.

St. Thomas Aquinas High School, which in the past three years has taken men's and women's state championships in baseball, cross country, football, lacrosse, soccer, track and field and volleyball. Alumni include dozens of Olympians, tennis pros and champions from major professional sports.