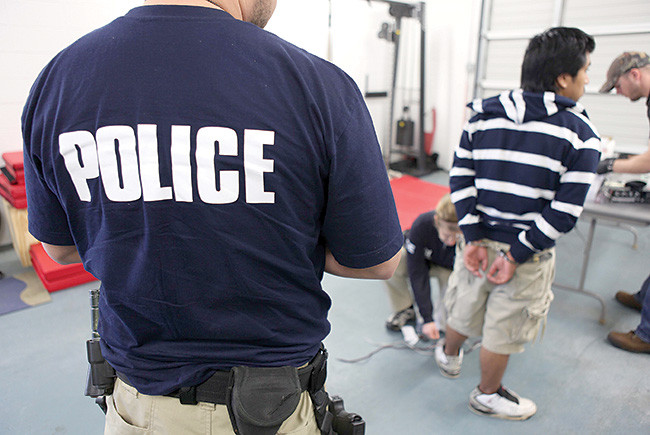 In 2015, wedding bells chimed a little too loudly in Brevard County. Authorities noticed a “significant surge” in the number of couples in which one spouse came from a former Soviet country in Asia and the other was an American citizen.

Homeland Security agents working with the Brevard Clerk of Court looked into things. The matchmaker between the U.S. citizens and immigrants from Uzbekistan, Kazakhstan and other former Soviet countries was 40-year-old Russian citizen Denis Yakovlev. Yakovlev, according to authorities, employed a convicted Cocoa felon, William Matthew Tex Price, to recruit at least 20 U.S. citizens to enter sham marriages with the immigrants. Yakovlev later said he got paid $1,000 to $2,000 per sham marriage by the immigrants. The American citizens were paid $10,000 to $20,000 each. After the marriage, the U.S. citizen would file a petition to have the new spouse get lawful status.

As the nuptials in Brevard show, for every legitimate way to gain lawful residency status and citizenship in the United States, there’s a scam to take advantage of it. “It’s overwhelming how many ways people are trying to manipulate our immigration system,” says assistant special agent in charge Carmen Pino of Homeland Security Investigations in Miami, which covers Florida’s east coast from Indian River County to the Keys.

Wealthy individuals may come by air, overstay visas or pay for fake documents that get them legal status. Poorer immigrants reach Florida by boat from the Bahamas and Caribbean, or via the U.S. southern border, in pursuit of jobs in the hospitality industry, agriculture and construction.

Cuban migrants to the United States long enjoyed special immigration status. If they got here by plane, boat or border crossing, they automatically got to stay; after 366 days, they could apply for permanent lawful resident status and the road to citizenship. It was a benefit other immigrants coveted — so much so that a thriving trade broke out for false documents asserting Cuban birth and citizenship. President Obama ended the special status for Cuban migrants in January 2017.

U.S. business owners and managers sometimes hire unauthorized immigrants unknowingly — faked documents can be very good — or can deny they’re hiring unauthorized immigrants because their staffing is done through layers of agencies. Few of the workers at a hotel’s laundry and maid service, or banquet hall catering, are direct hires, Pino says. At that level, some of the people doing the hiring are persuaded by fake documents while others get a kickback to turn a blind eye.

Florida was among the three states seeing the biggest increase, part of a surge in operations under President Donald Trump. Arrests out of the Miami office, which includes Florida, Puerto Rico and the U.S. Virgin Islands, increased by 76%, the largest increase.

Trump expanded ICE’s focus to most immigrants here illegally, in contrast to President Barack Obama, who focused ICE on those convicted of more serious crimes. That still occurs. In March, across an area that included 23 Florida counties, Puerto Rico and the U.S. Virgin Islands, ICE officers arrested 271 people from 36 countries, 99 of whom had felony convictions for crimes including murder, vehicular manslaughter, rape, assault, robbery, burglary, child neglect and cruelty, elder abuse, domestic violence and drug possession and trafficking. ICE said 39 had previously been removed from the U.S.

To combat unauthorized immigrants in the workplace, Homeland Security Investigations relies on audits of I-9 forms — the forms that employers must have showing authorization for employees to work in the U.S. — and on whistleblowers to spot smuggling and trafficking. “If you’re seeing something, you should be saying something,” Pino says.

In the marriage fraud scam in Brevard, seven people were charged. Yakovlev received a 15-month prison sentence. He got out in 2017. Price, who allegedly recruited his ex-wife to marry a Uzbekistan man and married two women from Azerbaijan himself, received two years in prison.