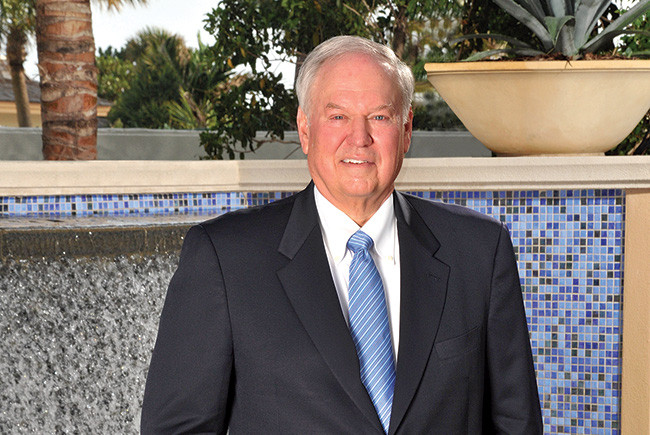 Upon swallowing ILG, Marriott Vacations will have 108 timeshare properties, more than 650,000 timeshare owners and nearly $2.9 billion in annual sales — which would have ranked it 30 on this year’s top public companies list. The deal is expected to close by the end of September.

The companies have long and overlapping histories. Marriott Vacations dates back to 1978, when a pair of Lakeland entrepreneurs founded it as American Resorts before selling it to Marriott International six years later [“Timeshare Giants,” February 2017]. ILG started in 1976 as Interval International, an exchange network through which timeshare owners could swap their time in one resort for someone else’s time in another location but has expanded in recent years to become a major timeshare developer in its own right [“ILG’s New Heft,” February 2017].

The two companies have been in business together for nearly three decades, with Marriott a client of ILG’s exchange service. They’ve even had conversations about merging before. The latest round of talks began last year after an activist investor, private equity firm FrontFour Capital, took a 2% stake in ILG and began publicly pressing management to pursue a deal with Marriott.

Steve Weisz, Marriott’s president and CEO, says the company expects to save at least $75 million a year by eliminating overlapping expenses. But he says there are even larger growth opportunities. The newly combined company will have exclusive rights to market timeshares to the more than 100 million hotel customers currently enrolled in the Marriott Rewards, Starwood Preferred Guests or Ritz-Carlton Rewards loyalty programs. Those marketing rights include sales centers within Marriott, Starwood and Ritz-Carlton hotels, and transfer agreements in which travelers who book hotel stays by phone or online are offered discounts and promotions through the timeshare side of the business.

“While we are pleased with those cost-savings opportunities, what we are most excited about are the clear and actionable opportunities we see to drive top line growth,” Weisz told analysts during an April conference call to announce the deal.

Like the timeshare industry as a whole, Marriott Vacations was devastated by the global recession, when sales sank nearly 30% in just two years. An important element to the ILG deal is that it will diversify Marriott’s revenue streams, particularly through the addition of ILG’s Interval International exchange business, which produces nearly $350 million a year in fees from resorts that belong to the network and timeshare owners who use it. After the deal closes, timeshare sales will account for about 42% of Marriott’s total revenue, followed by resort operations (22%), exchange (17%), rentals (11%) and financing (8%).

Marriott’s leadership will remain largely unchanged. Weisz will continue as president and CEO, John Geller will stay on as CFO and Bill Shaw, a retired COO at Marriott International, will remain as chairman. The company will also keep its headquarters in Orlando, though it says it will still have a significant corporate presence in Miami, which will remain the headquarters of Interval International.

The company’s board will expand from eight to 10 in order to add two members of ILG’s board. But Craig Nash, a Florida State University alum who has been chairman and CEO since 2008, is expected to leave the company.

“We’re in a business where scale and efficiencies matter,” Nash said in May, during ILG’s first-quarter earnings call. “And even with our already broad presence across the most important vacation ownership destinations, we realize there is the potential for even greater growth as part of a larger organization.”

Lodging giant Wyndham Worldwide announced last year that it would split itself into two companies. The hotel business, to be called Wyndham Hotels & Resorts, remains based in New Jersey. The timeshare business, Wyndham Destinations, is headquartered in Orlando. (The separation was expected to be finalized by the end of June.)

Wyndham Destinations is the largest timeshare company in the world, with 221 resorts, 878,000 owners and more than $3.8 billion in annual sales. That dwarfs No. 2 Marriott Vacations Worldwide, which, when including ILG, did $2.9 billion in sales last year, and No. 3 Hilton Grand Vacations, which did $1.7 billion in sales. All three companies are based in Orlando.

Wyndham Destinations expects to reach $4 billion in revenue this year, which would rank it No. 26 on the list of Florida’s largest publicly traded companies.

Wyndham makes about threequarters of its money from timeshare sales and resort management and one-quarter from its RCI timeshare exchange business. The company is led by president and CEO Michael Brown, who came to Wyndham last year from Hilton Grand Vacations, where he had been COO.