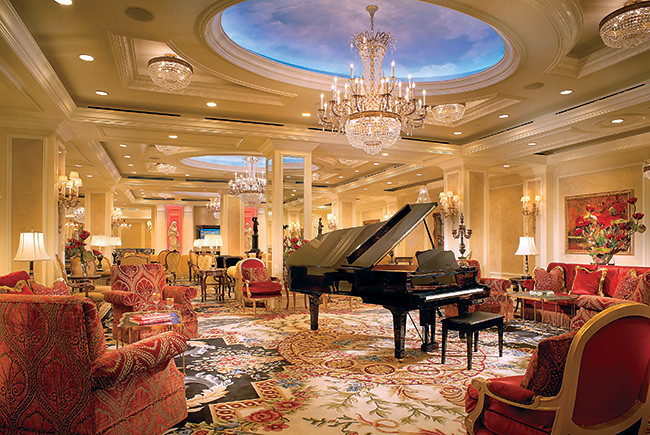 Bernie Elser has lived his entire life in cities. When it came time to consider where to live in retirement, he wanted to make sure theaters, restaurants and other conveniences were within walking distance. “I’m not looking for greenery. I’m looking for stores,” the 78-year-old says.

Elser picked a senior complex called the Palace at Coral Gables, just steps from the Miracle Mile and an easy stroll to ice cream shops, barbers and bookstores. He’s about to sell his car because the Palace offers rides to select locales, and there’s public transit on his block. He enjoys living in a high-rise that offers nightly happy hours, white-linen dining and other activities that have helped him make friends.

Suburbs house the bulk of senior communities in Florida, but developments are sprouting in downtowns, appealing to urbanites who want walkability and convenience, says Margaret Wylde, CEO of Promatura, a senior housing research and advisory firm based in Oxford, Miss. In Miami-Dade County, for example, plans are underway for apartment buildings for seniors, each with roughly 200 units, in downtown Doral and near Dadeland Mall.

Case in point: The Palace at Coral Gables opened in 2013 and cost more than $80 million. Some 80% of the 243-unit complex’s residents moved from within a 10-mile radius. Some renters were downsizing from big houses outside the urban core “to live a more carefree lifestyle,” says Adam Rosenblum, vice president at Palace Group, a private developer based in Miami-Dade’s Kendall area. Residents at the ninestory complex pay an average of $6,000 per month, which includes breakfast, four-course dinners, wellness programs with personal trainers and other amenities.

Marilyn Robinson was among the first renters at the Palace, moving from South Miami after her husband died. She says she appreciates the building’s touches, including a lobby inspired by the Four Seasons George V Hotel in Paris, complete with chandeliers, marble floors and ornate furniture.

At 87, she enjoys being in downtown Coral Gables: “You just take your walker with you.”

Azalea Trace’s proximity to UWF yields benefits for both.

For nearly 30 years, the Azalea Trace retirement community and the University of West Florida have enjoyed a neighborly relationship that includes both academic and health care program exchanges.

The bond between the two institutions is especially close. The 120-acre Azalea Trace campus is adjacent to the UWF campus, and its administrative offices overlook the university’s baseball field.

Locating Azalea Trace next to the university with the idea of an interactive relationship probably was not the intent of founder Baptist Health Care, says Brenda Basford, administrator of WillowBrooke, Azalea Trace’s skilled-care facility.

Basford says it more likely was just a “magical partnership that happened, and we’ve all taken advantage of it over the years.”

Having UWF so close to Azalea Trace, now owned and operated by Acts Retirement-Life Communities, has been “hugely beneficial and really is an integral part of our operation here,” says Basford. “Professors have come over and actually taught courses to our residents. And we’ve had lot of residents audit classes at UWF,” she adds.

Most recently, UWF’s School of Nursing has launched a program that sends first-year students to Azalea Trace to learn basic skills related to long-term care of seniors.

“Our first-year nursing students help seniors with such things as taking vital signs, giving them their prescription medications and practicing their health assessment skills,” says Jake Bush, coordinator of the UWF nursing program at Azalea Trace.

Another benefit of the program, says Bush, is it gives students the time to develop their communication skills with seniors and later apply those skills with their patients in a traditional hospital setting.

“We feel like our relationship with UWF’s School of Nursing is a win-win situation,” says Basford. “Our residents enjoy seeing the fresh young faces of the nursing students, and we certainly enjoy mentoring them.”

Moving Up: Developers are going vertical for luxury senior housing.

Developers are positioning vertical properties as luxury independent living residences for retirees. MorseLife Healthcare System, a 35-year-old non-profit that provides services to seniors in Palm Beach County, completed its 10-story, 182-unit Stephen and Petra Levin Tower in January. It has restaurants, a bar, spa, salon, fitness studio and theater. A concierge handles dinner reservations, theater tickets and transportation arrangements. Art in hallways is on loan from private collections or donated. Monthly rents run from $5,400 to $7,700. Units range from 760 to 3,000 square feet with wood plank flooring, floor-to-ceiling windows and a balcony. “This expansion represents a significant moment in our history,” says MorseLife CEO and President Keith Myers.

Coming later this year: MorseLife Healthcare System will break ground on two developments — its first hospice center and another site.

Two decades ago, then-UF President John Lombardi decided that UF should develop a campus-based retirement community that would provide both a robust educational opportunity for retirees and an active living style.

That vision led to the 2004 opening of Oak Hammock, a nonprofit organization sponsored but not owned by UF.

The affiliation offers residents access to university cultural activities and sporting events. More significant, the university offers residents 35 to 45 classes each semester, says Oak Hammock President Jeff Hagen. “If you talk to residents, that’s probably the most significant activity that brought them here,” he says.

Hagen says only about 30% to 40% of residents are UF alums. Others include former faculty members or people with children attending UF. About a third come from outside of the state.

Teeing Off on Senior Housing

As Tamarac-based home builder 13th Floor Homes researched the active adult housing market, it found an intriguing parallel. What those buyers desired in new housing mirrored what Millennials and other young buyers wanted, too.

The 55-plus buyers, they found, want walking trails, dog parks, fitness centers with spaces carved out for yoga or spinning, personal trainers, cafes and a social life. “Really not that far off from what we were doing” for young buyers, Nunziata says. There are distinctions.

A game room for older buyers means cards; for younger buyers it might be video games. The older market, more than the younger market, wants intensive social programming and a social director.

The two age groups face the same housing mismatch: Lots of demand and little supply for attainably priced housing in land-constrained Southeast Florida. “If we can deliver attainable product, we see it fly off the shelves,” Nunziata says.

13th Floor, like other builders, has found land by buying financially struggling or failed golf courses, which are in oversupply in Southeast Florida. The region has more than 170 golf courses. The two 13th Floor projects in Delray will replace 18-hole courses.