What Florida's good at 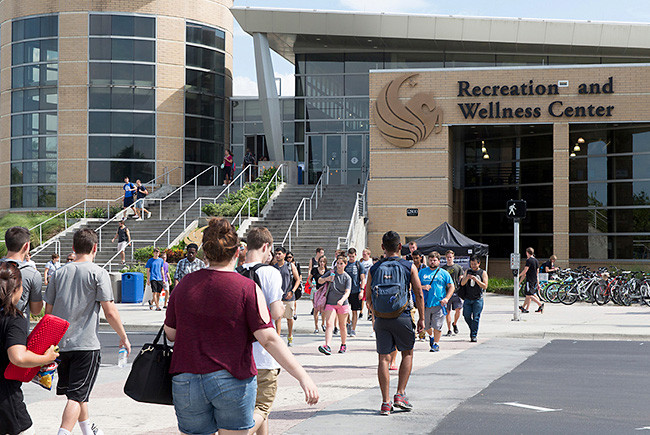 In recent years, Florida’s national profile has been shaped largely by “news of the weird” featurettes and the “Florida man” meme in social media. As readers of this magazine know, the state also has distinguished itself in more substantial ways, from our access to higher ed and land preservation to highway infrastructure and open government laws. On the private-sector side, the state has become an entrepreneurial hotbed, particularly for women. Florida businesses also have transformed the way we think of retirement living and shown us what customer service is all about.

In 2011, Valencia College in Central Florida won the first Aspen Prize for Community College Excellence, the most prestigious award a community college can win. It marked the beginning of what has been a remarkable run for Florida’s community colleges. Florida has produced another winner (Santa Fe College, in 2015) and six finalists (including both Broward College and Indian River State College, which finished as the top runners-up for the most recent award). No other state has claimed as much hardware. It’s a testament to the strength of the Florida College System, which encompasses 28 institutions that collectively have become the front door to higher education: Nearly two-thirds of the state’s high school graduates pursuing public postsecondary education begin at a Florida college. Some 50% of the students at the state’s universities began their studies at a state college. Those who’ve been impressed include Gov. Rick Scott, who last year vetoed a massive higher education package approved by the Legislature that would have helped Florida’s universities at the expense of its colleges.

Though Florida still lacks a truly elite public university on a par with the University of Virginia or the University of California-Berkeley, the University of Florida has moved into the top 10 in the U.S. News and World Report rankings, and the state is a national leader when it comes to providing access to higher education. The state’s political leaders have traditionally prioritized affordability in higher education, holding down tuition and establishing broad financial aid programs such as Bright Futures. (Only Wyoming has lower instate tuition.) They’ve also established a performance-based budget system that provides incentives for the schools to keep students — there are now more than 350,000 enrolled in state universities — moving toward degrees. At a time when many university leaders nationally prize exclusivity, key university leaders in Florida — most notably the University of Central Florida’s John Hitt — have chosen to emphasize access and inclusion. Meanwhile, Florida’s community colleges have offered a gateway to higher ed: More than 80% of freshman and sophomore minority students enrolled in Florida public higher education are at a state college. Another strength: The state’s “2+2” policy guarantees those who complete associate’s degrees a place at a university if they want to complete a bachelor’s degree.

Just 36% of Florida’s population was born here, making Florida more transient than any other state except Nevada. While transience has its downside — non-native Floridians may lack a sense of community pride or still make their charitable donations “back home” — the demographic churn also has an upside. Florida is a welcoming place for newcomers, new businesses and new ideas. Recently arrived executives consistently say they’re welcomed into civic life and can participate sooner in important initiatives without having to establish “tenure.”

Says Orlando native Jacob Stuart, a former longtime president of the Orlando Regional Chamber of Commerce and the Central Florida Partnership: “I think it’s the greatest asset we have.”

A diverse, transient population also makes Florida a melting pot for small business. About 44% of all businesses in Florida are minority-owned, well above the 29% national average. Florida is second only to Georgia in number of black-owned businesses (251,216). And in Miami, 69% of businesses are Hispanic-owned, the second-highest percentage among large U.S. cities. (El Paso, Texas, is No. 1, with 74% of businesses Hispanic-owned).

About 60 years ago, the Florida State Parks system’s 50 parks and other areas totaled 72,737 acres and drew 3.3 million visitors. Now, there are 175 state parks, trails and historic sites, covering nearly 800,000 acres, visited in the most recent year by 32.2 million. The Florida State Parks Service is the only state system in the nation to win the National Gold Medal from the National Recreation and Park Association more than once. Florida’s a three-time winner, most recently in 2013. Two state initiatives, Preservation 2000 and Florida Forever, have protected 2.4 million acres in Florida. Florida Forever funding was minimal during and after the Great Recession, but the new state budget includes $100 million.

“They made it possible to think about retiring in a place where you’re going to be active, intellectually stimulated and engaged with the rest of the world.” — Andrew Carle, founding director, Program in Senior Housing Administration, George Mason University

Sumter County, home of The Villages, is the nation’s only county where more than half of the residents are 65 or older. For several consecutive years, the U.S. Census Bureau has ranked it the nation’s fastest-growing metropolitan statistical area.

In the early 1970s, Harold Schwartz, a Michigan businessman, began developing a mobile home park on pastureland in Central Florida. By the early 1980s, Orange Blossom Gardens consisted of 386 mobile homes, a clubhouse and a few shuffleboard courts.

In 1983, Schwartz’s son, Gary Morse, a former advertising business owner in Chicago, moved to Florida to oversee the development, ultimately transforming it into a master-planned, age-restricted community of singlefamily homes. In 1992, he renamed it The Villages.

Today, more than 118,000 people live in The Villages, one of the largest retirement communities in the world. Covering 40 square miles across three counties, it has more than 640 holes of golf, 70 tennis courts and 182 pickleball courts, 11 softball fields, three town squares, a 1,000-seat performing arts hall and loads of specialty clubs.

Andrew Carle, founding director of the Program in Senior Housing Administration at George Mason University, says The Villages represents a new generation of retirement communities that cater to active seniors. He credits The Villages with recognizing early on that “today’s retirees aren’t looking to retire to a rocking chair on the porch and watch the sun go up and down.”

Other retirement communities, inspired by the success of The Villages, are creating their own amenity-rich environments. Last year, Jimmy Buffett’s Margaritaville Holdings joined with Tampa-based Minto Communities to develop an over-55 community called Latitude Margaritaville in Daytona Beach. Plans call for 7,000 homes, a pool with lawn games and tiki huts and a town square with a band shell for live musical performances.

Despite the challenges posed by rapid population growth, Florida’s roads and bridges are widely considered among the best maintained in the nation. The American Society of Civil Engineers estimates that of 122,659 miles of public roads in Florida, only 11% are in poor condition — a far lower percentage than in California (50%), New York (28%) or Texas (18%). Florida relies heavily on tolls to pay for road construction and maintenance, with more than 730 miles of its roads subject to tolls — the most of any state.

Over the past decade, Florida’s Turnpike, a pioneer in large-scale tolling, has begun eliminating cash toll collection in favor of all-electronic tolls via SunPass. In South Florida, nearly nine of 10 vehicles on the turnpike have SunPass transponders (electronic devices that automatically debit an account when cars go through a toll plaza). Turnpike officials point to benefits of electronic tolling that include reduced traffic congestion and increased safety.

More than 100 years ago, Florida enacted its first law guaranteeing people the right to inspect government records — and the state has remained a national leader in government transparency since. Today, the rights of the public to obtain public records — and to attend public meetings — are enshrined in the state constitution and protected by the threat of criminal penalties for violators. Notice of public meetings must be posted in advance, and minutes must be kept. There are plenty of flaws. The Legislature, for instance, exempts itself from some of the most restrictive provisions. Government officials are permitted to self-select which of their e-mails are public records. And new exemptions are created every year. But there remains a stronger culture of transparency in Florida than just about any other state in the country.

Among the longstanding customer service standouts in Florida are Publix, which has built its brand on customer friendliness, and Florida’s airports, noted for being clean, staffed by helpful employees and easy to navigate. Walt Disney World, in addition to spawning a mammoth tourism industry, has also raised the bar everywhere when it comes to customer service. Disney’s customer service is so legendary that it established a consulting division — the Disney Institute — with clients ranging from Haagen- Dazs and Humana to the University of Tennessee’s athletic department.