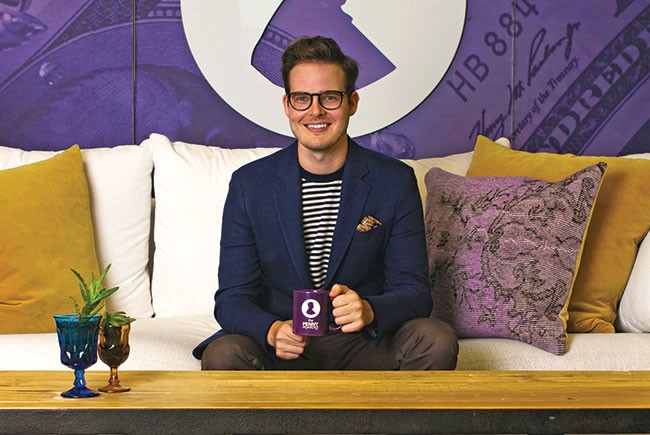 Kyle Taylor, founder and CEO of Penny Hoarder, is a millennial entrepreneur who turned his agony over student loan and credit card debt into what’s now the fastest growing media company in the United States. His personal blog evolved into a personal finance website that reaches 15 million viewers a month. Founded in St. Petersburg, the Penny Hoarder opened a new office in downtown in 2017 and plans to add 165 employees by 2020.

Rachel Carpenter is on a mission to make Intrinio, the fintech company she co-founded with Joseph French, the Amazon of financial data. They moved the startup to St. Petersburg in 2012 and were able to land Raymond James Financial as a client after Carpenter won a pitch contest. The prize? Lunch with the financial giant’s top executives. Today Intrinio is the largest fintech data business in Florida.

As a student government leader at USF St. Petersburg, Reuben Pressman knew the challenges of getting students engaged in campus life. Aided by a $1-million angel investment, he founded Check I’m Here / Presence, a company that offers data-driven cloud-based solutions. The interface is now used by more than 80 colleges and universities in 30 countries. Rather than moving to an established tech hub, Pressman opened an office in St. Petersburg’s Innovation District. “I chose to make St. Pete home because I want to be a part of the shaping rather than move to a city that’s already been shaped.”