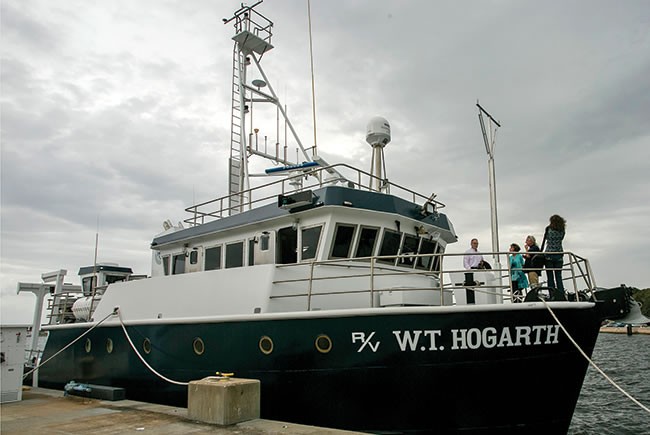 The city is home base to some of the largest and most innovative companies, including Raymond James Financial and Jabil. Duke Energy bases its Florida operations in St. Petersburg as do many others, large and small — Tech Data, iQor, Valpak and LumaStream.

To protect the vibe that’s contributed to its success, ensure that prosperity is enjoyed equally, and to attract businesses that complement its existing ones, the city and the St. Petersburg Area Chamber of Commerce began a Grow Smarter initiative.

The city’s first Grow Smarter Summit in December 2017 drew more than 200 business and community leaders. It was an economic pep rally of sorts and a chance for leaders to share the progress and direction of their roles in the ongoing initiative.

Chris Johnson, senior director of government and civic engagement at Jabil, participated and says his company, one of the largest in the Tampa Bay area, is encouraged by the initiative. “I think one of the things that make us excited about the Grow Smarter strategy is that there is a holistic approach because it matters for us as a company how the entire community is doing, not just Jabil. We feel very much that we are a part of the community, and if the entire community is succeeding, that makes it a stronger business environment for us.”

Here’s a closer look at some of St. Petersburg’s traditional and burgeoning industry clusters.

St. Petersburg has long been home to a vibrant health care system, but is now poised to become an international leader in medical research and related life science industries. This industry sector is the county’s fastest growing.

In 2011 St. Petersburg All Children’s Hospital became the first U.S. hospital outside of the Baltimore/D.C. region to be affiliated with Johns Hopkins Medicine. The merger between the hospitals has attracted world-renowned pediatric specialists and researchers.

It’s also sparked excitement in the city’s Innovation District, which includes the hospital and the site of its latest expansion — a 230,000-sq.-ft. research and educational facility. The $85-million facility is being built adjacent to the University of South Florida St. Petersburg campus and is scheduled to open in 2018.

“The new research and education building will be a center of discovery, learning and hope, bringing innovation to St. Petersburg,” says Jonathan Ellen, M.D., president and physician-in-chief of Johns Hopkins All Children’s Hospital and vice dean and professor of pediatrics at Johns Hopkins University School of Medicine. “Experienced researchers and clinicians will work with new physicians and scientists we are training as pediatric leaders, and together they will develop more precise approaches to treat and prevent disease.”

It will house four pediatric institutes along with specialized labs and classroom space. It will also allow further collaboration between Johns Hopkins All Children’s Hospital and USF Morsani College of Medicine.

Other major hospitals in St. Petersburg include Bayfront Medical and St. Anthony’s Hospital. Bayfront, a for-profit hospital, is affiliated with the USF Morsani College of Medicine. A Level II trauma center, it also is home to Bayflite medical helicopter transport.

St. Anthony’s Hospital is part of the Baycare network, a not-for-profit health care system based in Clearwater. It has expanded and upgraded imaging equipment in recent years. It was the first hospital in St. Petersburg to offer 3D HD surgical robot technology and the first in the area to offer digital mammograms.

Science of the Sea

The largest cluster of marine scientists in the Southeast U.S. work just south of downtown at Bayboro Harbor, which offers convenient access to the Gulf of Mexico.

Anchored by the University of South Florida College of Marine Science, the St. Pete Ocean Team is a consortium of local, state and federal marine research agencies. They employ more than 1,600 in total. The city estimates that the marine sciences industry contributes more than $250 million to the gross county product.

Industry and city leaders see the potential for more as well as synergy with the nearby life science industry. The city has dubbed the area the Innovation District.

Philip Kramer, director of the Florida Institute of Oceanography (FIO), says there are numerous opportunities to commercialize the aquatic resources unique to the area as well as the research being generated by the marine science cluster. Citing one example he says, “This is one of the best places in the world to grow red algae. There’s no commercial operation here now, but there should be.”

Marine scientists at Bayboro study everything from fisheries to the impact of oil spills to tidal power generation. USF marine biologists were the first to discover the underwater plumes of oil in the Gulf of Mexico after the BP Deepwater oil spill in 2010.

Some of the largest names in finance and insurance have big footprints in St. Petersburg.

Raymond James Financial, the largest financial business off Wall Street, is headquartered in St. Petersburg and is one of the city’s greatest business success stories. It opened its doors downtown in 1962 with one financial advisor. Today it’s a publicly traded company with approximately $123 billion in assets and 7,300 financial advisors at more than 3,000 locations worldwide. In 2017 Raymond James expanded its campus in Carillon Park north of downtown and completed the $173 million acquisition of Scout Investments and its Reams Asset Management division.

“The partnership we have shared with the city and the county over the years has been a wonderful story for us and has really contributed to our growth and success here in the community,” says John Kresge, real estate manager at Raymond James.

Though Raymond James outgrew its original downtown office long ago, it maintains a branch office there.

Think of them as the wizards behind the curtains. They are the businesses helping make the ones you know successful. The companies that set up computer systems, analyze data, provide marketing services, handle employee benefits. St. Petersburg is home to some of the world’s largest and most innovative support companies. Business leaders say the synergy between the existing companies combined with the city’s skilled workforce, diversity and quality of life makes it attractive for more.

Tech Data is a giant in the industry of technology distribution and integration and ranks No. 107 on the Fortune 500. Headquartered in neighboring Clearwater, it employs more than 2,000 locally and close to 14,000 internationally. “We’re a global company,” says John O’Shea of Tech Data. “As Tampa Bay evolves, St. Petersburg is creating a richness in diversity that is helping us.”

A growing segment of support services, particularly marketing, relates to big data. Over the past 10 years the data analytics sector in St. Petersburg has grown by 36%. Kobie Marketing, a leader in loyalty marketing headquartered in St. Petersburg, has been named one of Inc. magazine’s fastest growing private companies seven years running.

Another star in the St. Petersburg business sky is Triad Retail Media, which supplies online ads for retail giants such as Walmart and eBay. Launched in 2004, it grew 25% to 30% a year for almost a decade. Though it was purchased by British advertising and public relations giant WPP in 2016, it continues to be headquartered in St. Petersburg where it employs about 400.

It may surprise many, but St. Petersburg, a city of tourism and arts, is also home to a hub of specialty manufacturers including Jabil, one of the world’s largest.

While St. Petersburg has a variety of specialty manufacturing companies, its primary areas of exports are medical and electronics.

Among the global medical manufacturers based in St. Petersburg are: Halkey-Roberts, which makes medical valves, clamps and other specialty devices; Aurora Surgical, a manufacturer of surgical tools for ophthalmic surgeons; Synergy Health, a medical products sterilization company; MTS Medication, which produces specialized medical packaging; and Plasma-Therm, a maker of blood plasma processing equipment.

Jabil designs, engineers and produces electronic components for everything from smart clothing to military weapons. Its client list includes other global companies that touch most every industry. It employs nearly 177,000 worldwide and 1,700 in St. Petersburg who work at its headquarters, manufacturing plant, Solar and Environmental Test Center, design division and its Radius subsidiary.

Jabil may be largest, but it’s not the only electronics manufacturer in St. Petersburg. Some others include ELREHA Printed Circuits, Aurora Semiconductor and HT Global Circuits.

Power Design is lighting the world one high-rise at a time. The electrical contractor founded in St. Pete in 1989 is ranked as one of the top 20 electrical contractors in the U.S. by EC&M magazine and one of the fastest-growing private companies in the Inc. 5000. It employs 14,000 nationwide with 560 of them working at its St. Pete headquarters known as the “Grid,” which rates high with its employess, too. An interactive training center and fitness center with ping-pong helped elevate the company to Fortune magazine’s list of 100 Best Workplaces for Millennials and Inc. Best Workplaces, all in 2017.

Stroll along Beach Drive near downtown’s waterfront, and it’s clear that tourism remains one of the city’s primary economic engines. Today you will see a wide range of ages and likely overhear a variety of languages spoken as more families and international visitors are discovering the city’s charm.

The same wealth of activities and sunny weather that appeal to residents also attract tourists. Many residents, in fact, first discovered St. Petersburg while on vacation, and vacationers help keep the economy in the Burg thriving. Tourism is the county’s largest employment sector.

More than 15 million people visited Pinellas County in 2017, the most ever recorded. The county’s bed tax revenue — one measure of tourism’s impact — has grown dramatically in the past 10 years from about $20 million in 2007 to $55 million in 2017. David Downing, CEO of Visit St. Pete/Clearwater, says people who visit the county typically visit St. Petersburg. In fact, St. Petersburg has become the premier travel destination in the Tampa Bay area and on the Gulf Coast, he says.

“To Americans, St. Petersburg seems very European, and to Europeans it seems very American,” Downing says. “Most people find what they are looking for when they come because there is so much here.”

The city’s museums are big tourism draws. The Dali museum alone attracts 400,000 visitors annually. Dozens of events in St. Petersburg also bring tens of thousands of visitors in a single weekend. The Firestone Grand Prix of St. Petersburg draws close to 100,000 each year. The Tampa Bay Rowdies and Tampa Bay Rays regularly draw sports fans from around the Tampa Bay region and beyond to downtown.

Foodies, craft beer aficionados and music lovers also find something to love in St. Petersburg. It’s become an overnight tourism destination, not just a day-trip during a beach vacation. New hotels from small trendy boutique ones to a towering chain have opened to accommodate more visitors.

The city has 78 hotels and motels with more than 4,500 rooms combined. Notably in 2017, the Hyatt Place hotel opened with 175 rooms across the street from the upcoming James Museum of Western & Wildlife Art.