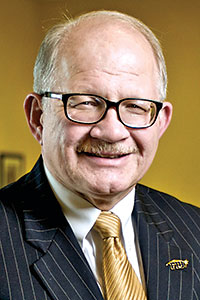 The fair property is across the street from FIU's campus (right).

Florida International University wants to expand its 342-acre main campus in Sweetwater and knows exactly where it wants to grow — on the 86-acre, county-owned Tamiami Park just across the street from the FIU campus.

In a county referendum last year, 65% of voters agreed to exempt FIU from complying with development restrictions at the park. But there’s a sticking point: The Miami-Dade County Fair and Exposition, which runs the 64-year-old Miami-Dade County Youth Fair, has a lease on the land through 2085. The county can’t break the fair’s lease unless it provides an equal or better site. And so far, the county, FIU and the fair haven’t been able to come up with one that works for all of them.

FIU, which opened in 1972, is limited by “the smallest main campus of any of our public universities except for New College,” says university President Mark Rosenberg. FIU wants to use the park site to expand its engineering center, the nation’s top producer of minority engineers, as well as grow its nursing and medical schools and associated clinical and research space. It also plans to build student housing, economic development departments and space for commercialization of the university’s research.

“There is huge demand for undergraduate education coming from our own county,” Rosenberg says.

Funds for the planned expansion and relocating the fair technically must come from FIU (the referendum bans the use of county funds for the relocation). The Legislature has already allocated $10 million, a small part of what will be required. Rosenberg says he’s confident that the Legislature will provide the money necessary for the school to grow.

Bob Hohenstein, president and CEO of the Miami-Dade County Fair and Exposition, says the organization is willing to move if the terms of its lease are followed: The site must be as good as or better than the current site, the fair must get three years notice and be reimbursed for its $60 million to $80 million investment in Tamiami Park.

So far, the three parties have looked at 24 sites and paid for in-depth studies of three. The fair rejected two of those and wanted to study the third, which FIU declared as too expensive, Hohenstein says.

Hohenstein says he doesn’t know if the right site exists to relocate the fair, which had more than 650,000 visitors this year. “That, candidly, is FIU’s responsibility,” he says. There have been few successful relocations of fairgrounds, he adds. “We’re going to be very conservative. We’re going to be very cautious.”

Rosenberg remains optimistic a new, affordable site can be found. “I’d like to think it’s going to happen within months,” he says.

CORAL GABLES — Professional Bank raised $15 million in a private stock sale and will use the proceeds to grow.

HIALEAH — The Centergate at Gratigny, a 970,804-sq.-ft. warehouse and manufacturing center, sold to an affiliate of Prudential Insurance Co. Of America for $78 million; the seller was an affiliate of Barclays Capital Real Estate. Prudential also purchased a vacant, nearby, 29.3- acre parcel of land from Barclays for $17.75 million.

MIAMI — Developers SLH Investment Group, Group Terrot and Upside Investments will build a fourstory project called Buena Vista Villas in the city’s Little Haiti district. The project will include 10,000 square feet of retail space, 12 condominiums and a rooftop terrace. > Terra Group, the developer of Grove at Grand Bay, reported that the 98 condos in the luxury building are selling for an average of $1,100 per square foot — a record for the Coconut Grove neighborhood. > Marathon Lodging paid $15.5 million to purchase a parcel in the city’s Brickell neighborhood from Walgreen’s. The parcel has a one-story building on it.

Rajen Properties paid $21 million to purchase the 48,993-sq.-ft. Shoppes of Coral Way from an un-named local investor group. > One Real Estate Investments paid $15 million for 1.79 vacant acres of land in the Wynwood neighborhood. > New Yorkbased Thor Equities paid $16 million to acquire a 9,700-sq.-ft. parcel of land in the Design District.

MONROE COUNTY — Rockland Investment, a coalition of property owners led by David Garfunkel, plans a 33-acre shopping center on Rockland Key that would be anchored by a Walmart; it would be the first in the county.

SUNNY ISLES BEACH — The Verzasca Group paid $10.5 million for the nearly one-acre site of a Denny’s restaurant, on which it plans to build a 76-unit condo tower. The Russian developer has two projects under way in nearby Bay Harbor Islands.