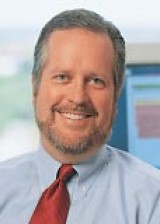 Each year this time, I am reminded in a very tangible way of how precarious Florida’s property insurance system is. My homeowner’s insurance bill arrives, and on top of what I owe my insurance company, I am billed more than $500 in “assessments” from state-owned Citizens Property Insurance and the state’s CAT fund, the backstop source of cheap reinsurance for Citizens (and private companies). My auto policy includes another $22.76 in CAT fund “assessments.” Check your own policies, and you’ll find something similar.

These “assessments” are there because Citizens and the CAT fund didn’t have enough money to pay off claims from the 2005 hurricane season. Citizens didn’t charge its policyholders market-based rates eight years ago when the storms hit, and the law allows Citizens and the CAT fund to recoup their losses from everybody, not just Citizens policyholders. So we all make up the difference, including me and the other 76 out of 100 Floridians who still have private homeowners insurance.

The “assessments” from 2004-05 are of course taxes that directly subsidize Citizens policyholders. They’re supposed to expire in 2016. But when Florida gets a big enough storm, the assessments will return and likely increase, since Citizens policyholders still don’t pay market rates, and the law still allows Citizens and the CAT fund to assess policyholders of all property and casualty lines, including homeowners, auto and commercial insurance, for shortfalls if Citizens and the CAT fund can’t pay their claims.

I’m resigned to paying steep market rates for my homeowners insurance — those rates reflect the risks of living in Florida. But I resent having to subsidize Citizens policyholders. And I am angry that the state has failed to repair its property insurance market more than 21 years after Hurricane Andrew wrecked it.

I am not free-market naïve. Even if the state completely unshackled rates, I do not believe that the insurers who left after Andrew would swarm back into Florida or that the companies that still do business here would begin writing huge numbers of additional policies.

But it is fundamentally unfair for the state, which sets market rates for the private insurance companies with one arm (the Department of Insurance), to allow another arm, Citizens, to completely ignore those rates.

Particularly since 77% of homeowners in Florida have private insurance and pay those market rates. And particularly since the counties where the largest percentages of residents are privately insured tend to be counties with lower incomes. Citizens, you see, is essentially a reverse Robin Hood agency that uses residents of counties like Sumter (97% privately insured), Volusia (86% private), Columbia (94% private) and Duval (97% private) to subsidize cheap insurance for residents of wealthier counties like Palm Beach (71% private), Broward (61% private) and Pinellas (53% private). The wealthier counties also include larger numbers of out-of-state residents and foreigners with second homes. (It’s worth noting here that in every county in Florida except Miami-Dade, the majority of residential policies still come from private insurance companies.)

So how should residents of Palm Beach, Broward and Pinellas secure property insurance if they can’t find a private company to insure them?

Citizens should sell it to them. But what about a little means testing? Citizens, wisely, already has stopped insuring million-dollar homes. If the state wants to subsidize property insurance for its lower-income residents to keep them in their homes, then fine. Let those who earn up to, for example, 110% of the state’s median income pay some lower rate. For anyone else who can’t get private insurance, Citizens should charge the market rate for the area, as defined by the state’s Department of Insurance as it regulates private companies.

Florida simply has to have a viable, less distorted homeowners insurance market if it expects the rest of the world to take our economy seriously. Economic developers in other states may well remind their local businesses considering a move to Florida that those Sunshine Staters selling their 21st century economy haven’t even been able to figure out one of the fundamental building blocks of a 20th century economy — a stable insurance market. Lower taxes in Florida? Great, but you and your employees will be paying “assessments” for 9-year-old storms on your auto, home, condo and commercial policies. And you may be paying more when another big storm hits.

Citizens is a great illustration of the dangers when government chooses, or is forced, to intervene in a private market, and politics begin dictating business decisions. Once Citizens began basing its rate decisions on how much pain they caused rather than real risk, insurance became an entitlement, and entitlements don’t go away easily.

One additional political irony: The current Democratic administration in Washington stomped into the auto and banking industries when it intervened during the financial crisis, but at least it got out of those industries within four years. Here in Florida, 20 years after Andrew, after successive GOP governors and Republican-dominated Legislatures, the state is still in the business. It shouldn’t be.