Budget? What budget? DeSantis approves $2 billion in projects without getting spending plan

Gov. Ron DeSantis has not received the $112.1 billion budget from the Legislature yet, but in election-year appearances across the state, he has declared his approval of about $2 billion worth of projects and programs within the spending plan. That makes up less than 2% of the total package, but the announcements have touched on what likely will be popular spending. They have included approving $800 million to boost teacher pay; $400 million for broadband expansion; $125 million to cover bonuses for first responders; and $14 million for red-tide research. More from the News Service of Florida and the Orlando Sentinel.

CareerEdge Funders Collaborative, the workforce development program of the Greater Sarasota Chamber of Commerce, recently received recognition from Sarasota County Schools with the 2022 Outstanding Business Partner Award. The award, coming from the commissioner of the Florida Department of Education, recognizes outstanding business partners that support students through their work with individual schools or school systems. More from the Sarasota Herald-Tribune.

The Florida Fish and Wildlife Conservation Commission annually hosts a Lionfish Challenge to encourage anglers to remove the invasive species from Florida waters by offering prizes for the most lionfish harvested. The 2022 challenge begins Friday and runs through Sept. 6 The summer-long tournament, which is in its seventh year, is open to competitors around the state. The FWC’s goal remains the same: encourage anglers to remove as many lionfish as they can in just 3.5 months. More from WJXT.

Jacksonville dropped two spots on US News & World Report's annual list of The Best Places to Live in the U.S. but held its spot as the fourth best place in Florida. The annual list ranks 150 of the largest U.S. municipalities, weighing factors such as unemployment rate, housing costs, household income, crime rate, education, health care and air quality to determine the rankings. More from the Florda Times-Union.

Orange County’s ban on retail pet sales, set to take effect next month, appears to have survived legislative and legal challenges to block it — so far. The Florida Pet Protection Act, (SB 994), which sought to preempt local laws like the ban adopted 4-3 last summer by Orange County commissioners, died in the Florida Senate’s Community Affairs committee in March. More from the Orlando Sentinel.

Business Beat - Week of May 20th

Florida Dining
This noodle bar is a hit in Spain. Now it’s coming to this popular Miami neighborhood. 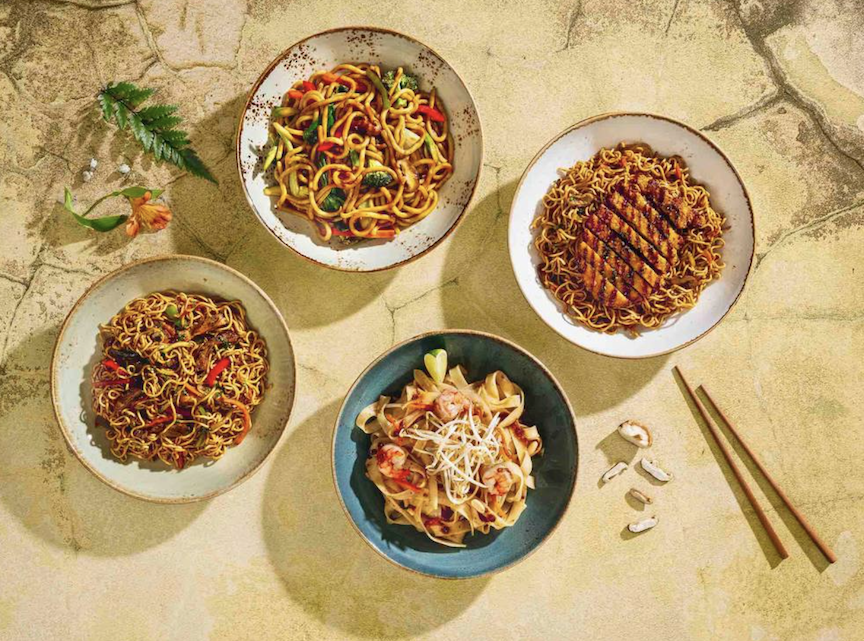 A Spanish chain notable for its Japanese noodle bars is opening its first U.S. restaurant in Miami. Got all that? Udon Asian Food is hoping Miami’s Wynwood neighborhood is the right fit for the convergence of all these cultures within a pan-Asian menu. The chain, which has 70 restaurants across Spain and Portugal, is breaking into the U.S. market with a location next to Uchi Miami, another Asian restaurant with out-of-town roots.