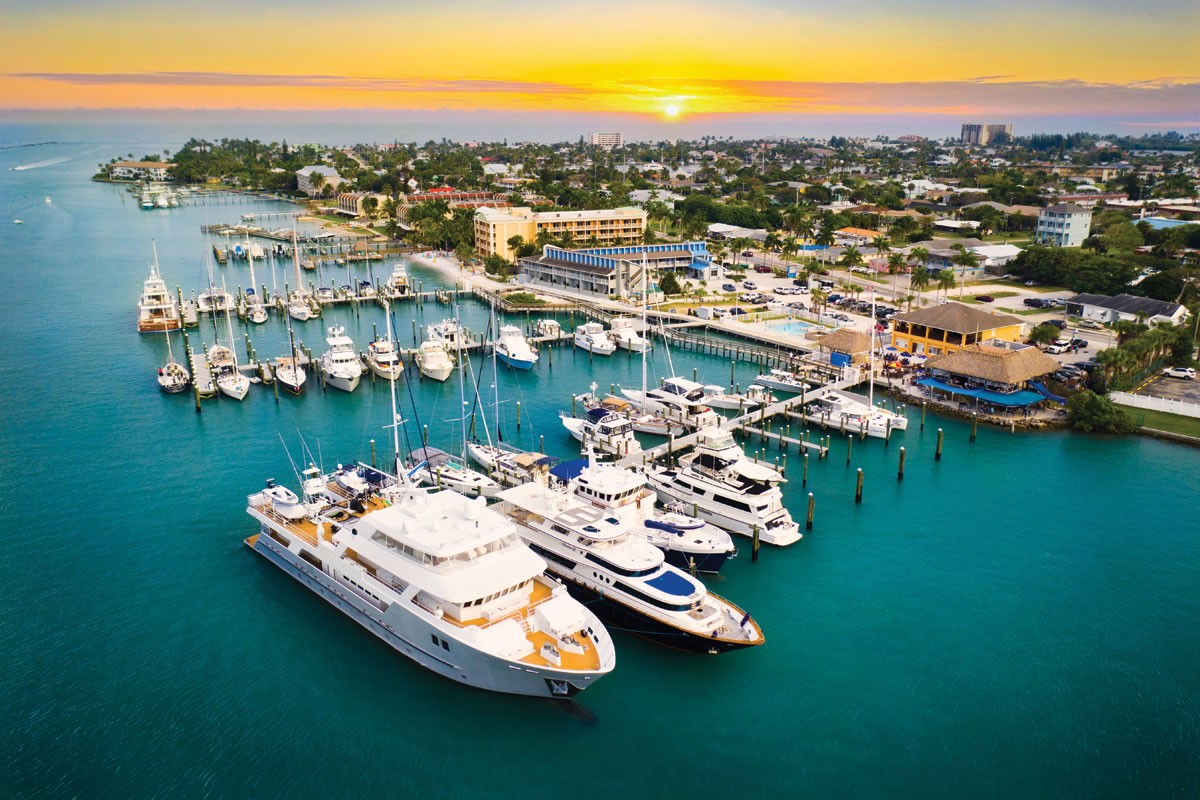 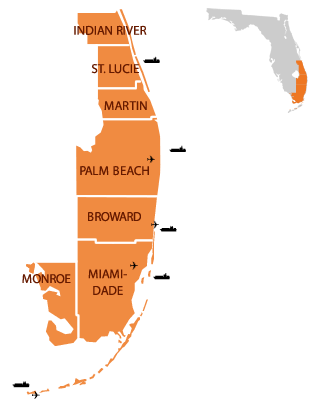 Nobody likes a show-off. But when you’re the Florida region with the largest population, largest labor pool, longest ocean coastline, most seaports, closest to Latin America, home to three national parks and the world’s busiest cruise port, it’s hard not to brag. With ready proximity to global markets, a multicultural/multilingual workforce, outstanding educational institutions and an incomparable quality of life, Florida’s Southeast is an easy choice for where to site your business. Picking just one city or county to settle in? Now that could be tough.

With five deep-water ports, four international airports and a multimodal network of rails and roads connecting them all, Southeast Florida is the right choice for companies needing seamless logistics. The proof is Amazon, which opened its first fulfillment centers here in 2019-20 and will add two more by the end of 2021, along with five “last-mile” delivery stations spread across Miami-Dade and Broward counties. And coming to St. Lucie County: a 245,000-sq.-ft. FedEx regional sorting center in fall 2021 and a 1.1-million-sq.-ft. Amazon fulfillment center in 2022.

PortMiami, the closest U.S. East Coast deep-water container port to the Panama Canal, typically sees its cargo stats rise each year, but after logging a record 1.121 million TEUs of containerized cargo in FY2019, the port moved just 1.066 million in 2020. At Port Everglades in Fort Lauderdale, TEUs slipped below 1 million for the first time since 2013, and at the Port of Palm Beach, TEUs were logged at 273,000, a 2.5% year-over-year decline.

Not surprisingly, however, it was ocean cruising that took the hardest hit at Southeast ports. PortMiami, for example, which in FY2019 welcomed an all-time record 6.8 million passengers, saw its passenger count for the subsequent 12-month period ending September 30, 2020, plunge to 3.4 million and then stop completely. Today, some 18 months from the first COVID outbreak aboard a cruise ship, there’s good news to report. Celebrity Cruises’ Celebrity Edge sailed out of Fort Lauderdale on June 26, 2021 — the first U.S. vessel with paying passengers aboard to do so; cruise ships are returning to their home ports across the region; and new cruise terminals are nearing completion at PortMiami.

There’s news to share at this region’s three smaller ports too. A $26-million expansion at the Port of Palm Beach is on track to more than double its intermodal rail freight capabilities. The Port of Fort Pierce in St. Lucie County continues tweaking its plan to become a luxury yachting center with a facility for refitting mega yachts and large sailing vessels; Derecktor Shipyards Fort Pierce is overseeing the transformation. And at the Port of Key West, a debate over limiting the number of large cruise ships allowed to visit each day rages on.