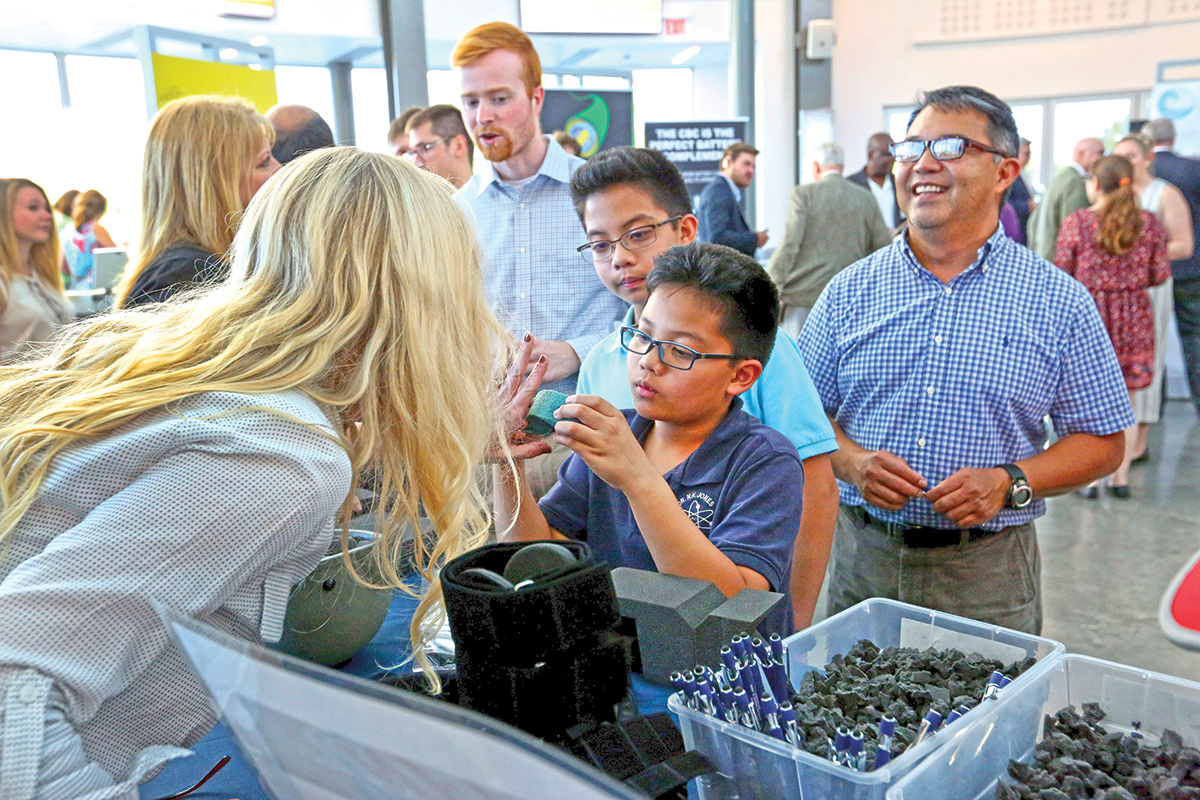 Cade Museum for Creativity & Invention is looking for the next Gatorade

The Cade Museum for Creativity & Invention is named after Dr. James Robert Cade, a physician, scientist, musician, poet and collector of violins and Studebakers, best known as the lead inventor of Gatorade. His invention saved lives, spawned a new industry and opened doors for other early-stage inventors.

The museum was created in 2017 to inspire and support future inventors and entrepreneurs. Its ultimate celebration of invention is the annual Cade Prize for Innovation.

Cade and his team designed and tested a sports drink that replaced electrolytes lost through sweat. When the freshman football team tested Gatorade in 1965, they unexpectedly beat the upperclassman in a practice session. Soon after, Gatorade was in hot demand. The product revolutionized the sports drink industry. Today it dominates nearly 80% of the global sports beverage market.

Inspiration from the Past

Gazing up at the Cade Museum’s rotunda, you see the words — NECESSITY, CURIOSITY, IMAGINATION, ITERATION, SERENDIPITY — in bright lettered panels, connected to make a circle, all keys to inventive breakthroughs by inventors like Einstein, Edison, Musk, Latimer and C.J. Walker.

Rotating exhibits tell the stories of inventors and offer hands-on creativity, while STEAM classes for children and adults encourage them to participate in imagination, science and invention.
Cade Prize

The Cade Prize for Innovation is the museum’s capstone.$50,000 is awarded to inventors and entrepreneurs in Florida, Alabama and Georgia for groundbreaking seed stage inventions with significant market potential. Entries will be accepted through August 2, 2021. This year’s winners will be recognized at the 12th Annual Cade Prize Awards Ceremony happening at the Cade Museum on September 29 in Gainesville.

The Cade Prize is designed to help winners move beyond invention and into the marketplace. It takes capital and a team to secure patents, licensing, manufacturing, distribution and marketing. Without help to commercialize, many start-ups — and Gatorade — would have likely remained interesting lab experiments.

Past winners were awarded crucial seed funding for discoveries including: an alternative to livestock antibiotics, a gene editing technology to combat citrus viruses, natural enzymes to control inflammatory diseases, and a solar-powered system that converts wastewater into clean water, energy and nutrients — some of its technology is being evaluated by NASA for potential use on Mars.

Visiting the Cade
Take a trip to the Cade and discover the inventor in you. Experience an exhibit, take a class, witness America’s newest inventors shine at the 12th Annual Cade Prize Awards Ceremony, or listen to stories of invention on the Radio Cade podcast. The Cade Museum is located at 811 South Main Street in Gainesville.