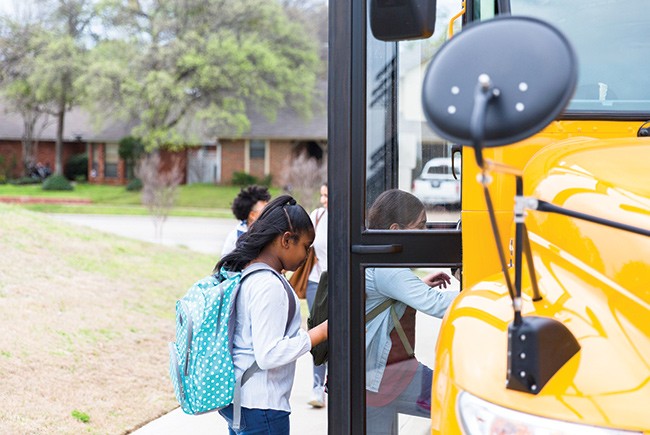 Great, 'but not my kid': Segregation in Florida schools in 2020

Florida Trend Exclusive
Great, 'but not my kid': Segregation in Florida schools in 2020

Florida’s schools have grown much more segregated by both race and economic class. What does that say about how parents and school districts value diversity? Three years ago, the Tallahassee-based LeRoy Collins Institute, a non-partisan policy think tank, commissioned a study on segregation in the state’s K-12 public schools. The report found that Florida’s schools have grown more segregated over the past three decades. [Source: Florida Trend]

60,000 rapid COVID-19 tests to be sent to Florida school districts this week

60,000 testing kits that can diagnose COVID-19 within 15 minutes or less are being sent to school districts throughout the state of Florida this week, Gov. Ron DeSantis announced on Tuesday. Speaking at a medical facility in The Villages, the governor said Florida is currently receiving its initial shipment of rapid COVID-19 antigen testing kits from the federal government, and is in the process of distributing them across the state. [Source: WPTV]

What's next after a layoff? Florida Dept. of Education hopes you consider trade school

More people are getting back to work again, but thousands are also getting laid off. If you've been thinking about a career change or forced into one, officials with the Florida Department of Education are hoping you'll consider going to a career and technical college. Florida's unemployment numbers are down, according to the Department of Economic Opportunity, but we do not know how many of those jobs are part-time. At Florida State College at Jacksonville, people are hoping the push for trade school will get more people into lasting careers. [Source: First Coast News]

Gov. Ron DeSantis said Friday that closing school campuses in the spring as the coronavirus pandemic took hold might have been one of the nation’s biggest “public health mistakes.” And, while appearing on the Drew Steele radio show, DeSantis equated people fighting the return of students to classrooms as the “flat earthers of our day.” Florida shut down school and college campuses in March, with students shifted to online learning. [Source: News Service of Florida]

Since mid-March, institutions of higher learning across Florida have been making the transition to remote learning. Teachers and students alike have become accustomed to the changes in unexpected ways. Having to completely change their thinking about education may lead to a new way of teaching – and for students, learning. [Source: Miami Today]

› New College president Donal O'Shea to step down in 2021 [Florida Trend]
President Donal O’Shea, who has led New College of Florida since 2012, has decided to step down from his position at the end of the current academic year on June 30, 2021. During his tenure as president, New College received more than $9 million from the state to increase its enrollment to 1,200 students and boost four-year graduation rates to 80% by 2028.

› University of Florida's Board of Trustees approves furlough policy [Gainesville Sun]
Furloughs are now in the realm of possibility for University of Florida faculty, tech and support personnel employees, postdoctoral associates and sworn law enforcement to offset what top administrators predict will be a whopping COVID-19 budget hit. Tuesday, the UF Board of Trustees approved a draft policy that authorizes the university to furlough employees if administrators deem it necessary, though there are no immediate plans to implement the unpaid leave.

› Florida State president John Thrasher and wife test positive for coronavirus [Tampa Bay Times]
Florida State University President John Thrasher and his wife tested positive for COVID-19, the university announced Tuesday afternoon. Thrasher, 76, who had announced earlier this year he will retire once a successor is chosen, tested positive at 3:45 p.m on Tuesday. The university said his wife, Jean Thrasher, had learned she tested positive Monday night after after “a recent stay at a hospital and a local rehabilitation facility for an unrelated condition.”