Governor Ron DeSantis Announces Plan to Evaluate Security of Elections Systems in Florida and a Total of $5.1 Million for Election Cybersecurity

Tallahassee, Fla. — Today, Governor Ron DeSantis announced that the Florida Department of State (DOS) and Florida’s 67 County Supervisors of Elections will engage in a cooperative cybersecurity initiative ahead of the 2020 election. Governor DeSantis is also supporting the redistribution of $2.3 million in unexpended funds to Supervisors of Elections to support their continued efforts to enhance election security. This is in addition to the $2.8 million appropriated by the Florida Legislature for the upcoming fiscal year.

The announcement follows Governor DeSantis’ May 22nd directive to initiate a review of elections systems security and cybersecurity throughout the state in order to ensure Florida’s elections infrastructure at the state and local level is protected.

“I am pleased to announce that the Secretary of State and all 67 Supervisors of Elections will engage in a cooperative, joint cybersecurity initiative ahead of the 2020 elections that will identify and address any vulnerabilities in our elections infrastructure,” said Governor DeSantis.“Additionally, the Department of State will redistribute $2.3 million in funding to Supervisors of Elections so they can continue to make any necessary election security upgrades, in addition to the $2.8 million already appropriated for the fiscal year. In total, the state is giving $5.1 million for elections cybersecurity as we head into 2020.” 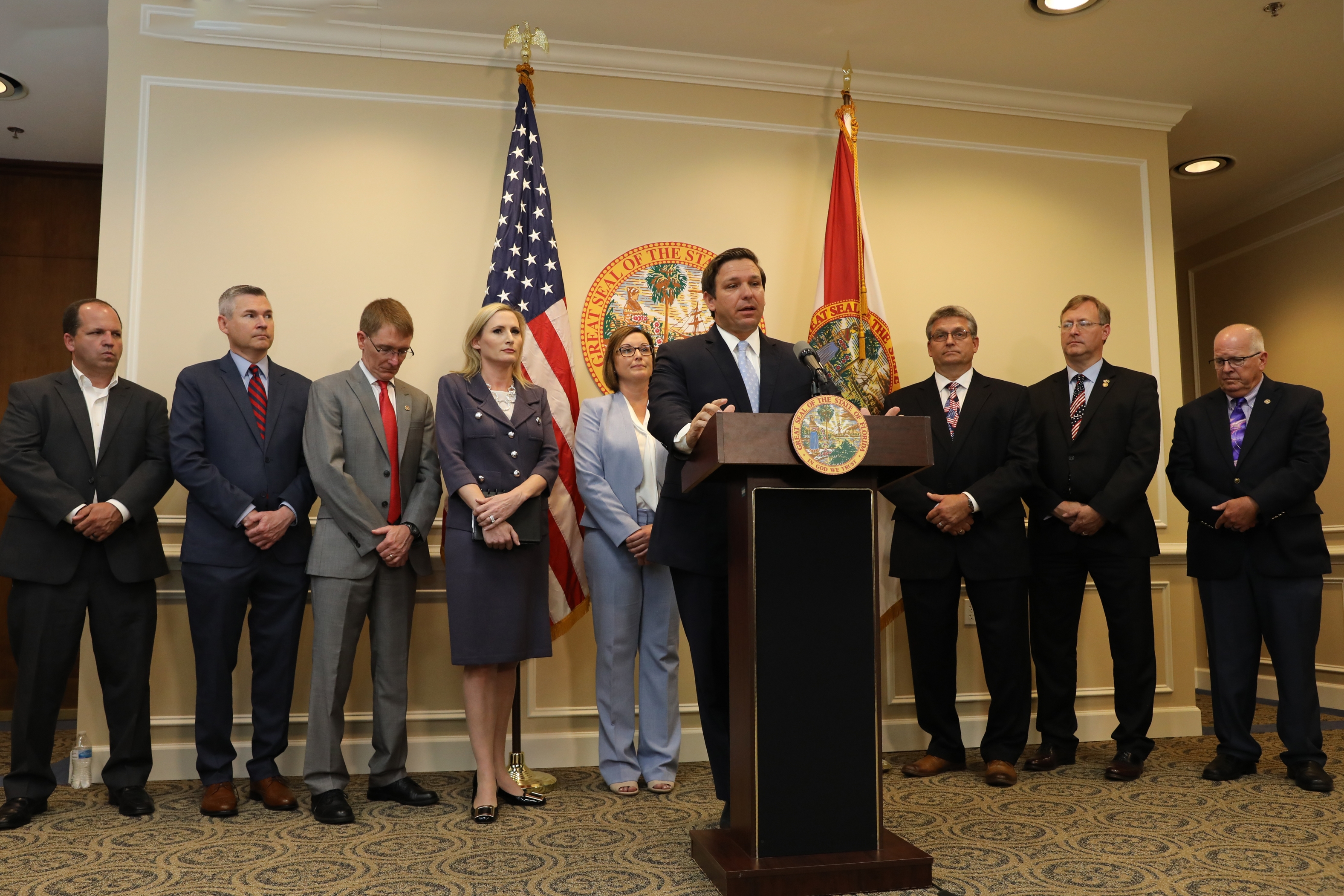 DOS and Supervisors of Elections will conduct a thorough elections-specific assessment and evaluate weaknesses in Florida’s elections systems as well as identify the potential for human vulnerabilities. Any weaknesses or vulnerabilities that are identified at the state or county level will be addressed or mitigated prior to the 2020 Presidential Preference Primary in March 2020.

DOS will establish regular monitoring of Supervisors of Elections’ networks in order to look for potential vulnerabilities on an on-going basis. DOS Cyber Navigators will provide cybersecurity trainings for DOS, Supervisors of Elections and staff as well as work with the DOS Information Technology team to provide IT support to small counties with limited resources.

“I applaud Governor DeSantis for making election security a top priority for his administration and I commend Florida’s 67 Supervisors of Elections for their strong willingness to work together to ensure our elections are protected,” said Secretary of State Laurel Lee. “The Department of State will ensure that no county stands alone against foreign threats to Florida’s elections, and that every Floridian can have confidence in the integrity of our elections and the security of their vote.”

Supervisors of Elections will receive a total of $2.3 million in unexpended funds that are remaining from the 2018 Election Security Grants. The funding will be used to make election security and cybersecurity enhancements. The Florida Legislature allocated an additional $2.8 million for election security that will be available in the upcoming fiscal year.

Since 2017 when elections were designated as critical infrastructure by the federal government, DOS and Supervisors of Elections have made election security their number one priority. Last year, DOS provided Supervisors with more than $16 million in grant funding which they used to make critical investments in physical security, cyber security and voting system upgrades, post-election audits, risk assessment audits and purchase and install ALBERT network monitoring sensors. The ALBERT sensors provide 24×7 monitoring and alert officials to system threats when data may be at risk.