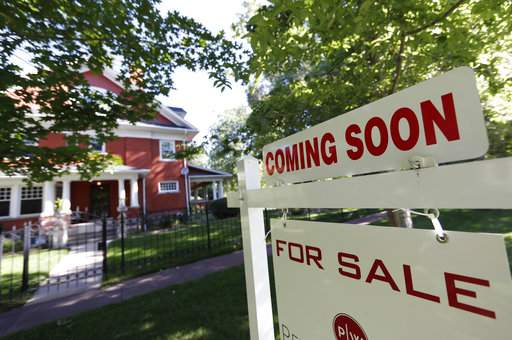 Florida home sales up in November

Florida home sales up in November

Sales of single-family homes in the state of Florida were up in November when compared to November 2017, according to new data released by Florida Realtors. The organization recorded 20,578 single-family home sales around the state last month, up 3 percent from 19,983 a year before. See the full report from Florida Realtors and read more from Sarasota Magazine and Builder Magazine.

Florida follows national trends so a study showing a decline in the residential and commercial construction market, though slight, may be a possible indicator of the market’s potential leveling off after steep and ongoing inclines over the last decade. [Source: Globe St.]

Gerhard Moog emigrated to Canada from his native Germany in the early 1950s with just $42 and plans to make a life for himself. After saving money from jobs driving trucks and selling door-to-door, he eventually had enough to build a few apartments. In the early 2000s, his nephew formed The Kolter Group and landed in West Palm Beach [Source: Business Observer]

40 Under 40: Northeast Florida realtors and homebuilders

There are those who take a long time to decide upon a specific career and then make an impact in their chosen profession. Then there are people who know from a young age what they want to do and have success sooner than many. The 40 people nominated by their peers for this year’s Realty-Builder “40 Under 40” fall in the latter category. [Source: Jacksonville Daily Record]

Investment sales in South Florida remain strong despite the latest wave of store closures across the country. The majority of the top deals in 2018 were for new or recently renovated shopping centers in suburban neighborhoods throughout the tri-county region. [Source: The Real Deal]

› Big homes sold for big bucks in Southwest Florida, breaking records in Collier and Lee [Naples Daily News]
Southwest Florida’s real estate market had a record-breaking year in 2018. And big home sales were a driving factor for much of the success.

› Miami real estate is driven by generosity [Miami Herald]
This month’s Community Aid and Real Estate (C.A.R.E.) Report outlined the monetary and volunteer contributions that general NAR members at-large, broker-owners, and association executives give to society, and the numbers are striking.

› Disney buys up 900+ acres of land south of Walt Disney World [WFTV]
Disney is up to something. The question is: What? Property records show the company purchased 965 acres of land southeast of Celebration. The land is the site of B.K. Ranch and sits less than 10 miles away from Walt Disney World. The $23 million purchase was finalized on Thursday.

A sprawling country estate built for the founder of Lazydays RV is listed for sale at $22 million. It is four stories, 36,361 square feet and has eight bedrooms, 12 bathrooms, 16 half bathrooms and elevator access to all levels. There's a seven-car garage on the property, as well as a two-story guesthouse, pool house, and a six-bay horse stable and barn.