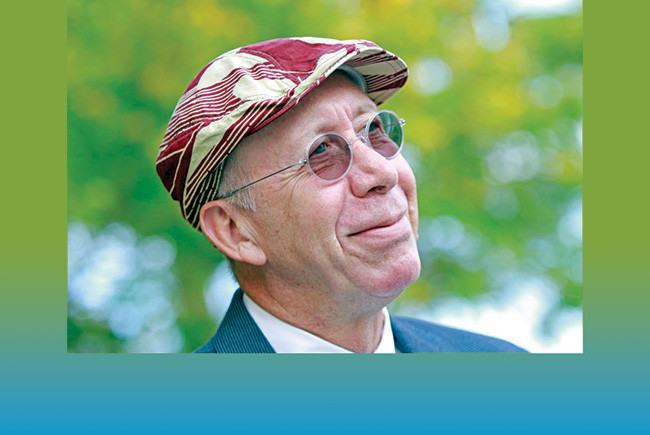 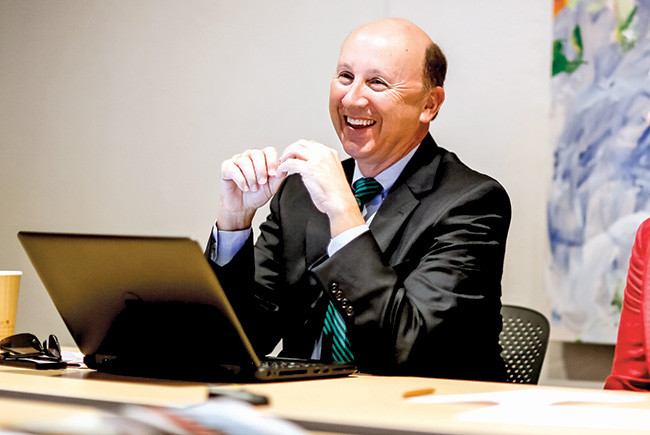 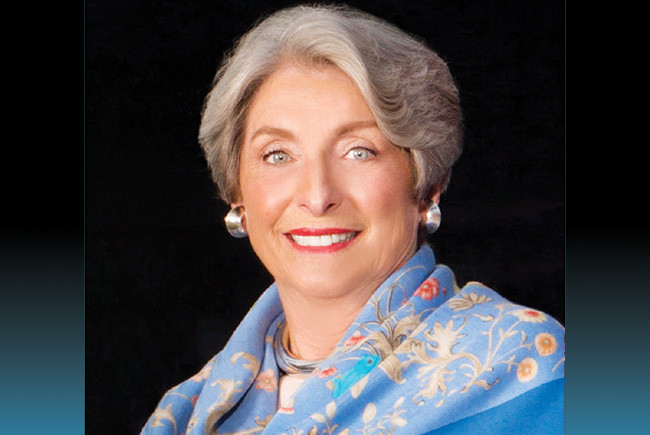 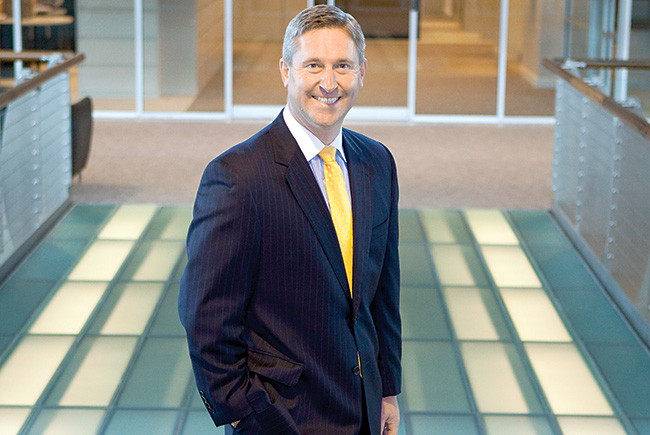 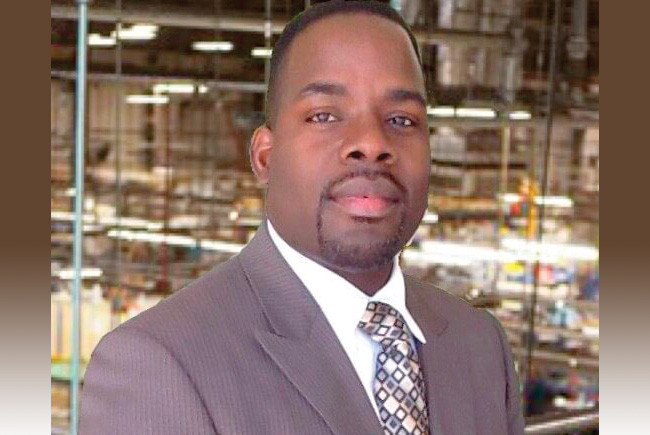 Tom Barwin runs the city on a day-to-day basis, answering to the five-member city commission. Barwin oversees about 500 full-time and 200 part-time employees and a roughly $200-million budget. He’s also the only public official on the board of the Bay Project, a signature project that is expected to define the city in the coming years.

Barwin has an ambitious, progressive agenda for Sarasota. He wants it to lead Florida in environmental protection and achieve a zero-carbon footprint by 2040. Transportation is a priority as well: Barwin wants to make it easier to get around, whether by car, foot or bicycle, even as the city grows.

Before being hired in 2012, Barwin was city manager of Oak Park Village, Ill., an artsy suburb of Chicago where he led the city to become 95% powered by renewable energy.

“In my profession, what I enjoy is a city this size because it’s about getting to know a lot of the people, and you can see the fruits of your labor,” says Barwin.

Mark Pritchett guides one of Florida’s largest philanthropic foundations, which has more than $330 million in assets. In addition to issuing grants, the foundation does catalytic philanthropy — seeking to make substantial change through research and leadership in areas from economic development to arts and education.

Such initiatives are what attracted Pritchett to the foundation in 2008 after 13 years in state public policy research. “It was a big career change for me,” Pritchett says. “But I couldn’t be happier.”

Pritchett served as the foundation’s senior vice president leading community initiatives before accepting the job as president in 2015. He says he “cut his teeth” on big initiatives when he was appointed by then-Gov. Jeb Bush to lead the election reform task force following the 2000 election. He later mediated disputes between homeowners and insurers after the hurricanes of 2004 and 2005. “I love big challenges,” Pritchett says.

Pritchett oversees a staff of 18. He also has served as vice president of the Florida Chamber of Commerce and Enterprise Florida.

Michael Saunders started as a high school teacher, then become a juvenile court counselor. A single mom, she needed to earn more and got her real estate license. After four years as an agent, she borrowed $5,000 and opened a real estate office in 1976 on St. Armands Circle back when St. Armands wasn’t as bustling as it is now.

Today, her company is the largest real estate brokerage in Sarasota, Manatee and Charlotte counties. It has 24 full-service real estate offices with nearly 700 agents spanning Southwest Florida. In 2017, Saunders & Co.’s sales topped $2.75 billion, ranking it the 67th-largest brokerage in dollar volume among the top 500 in the U.S.

Saunders has funded a slew of local charitable programs for children. She’s an honorary board member of Mote Marine Laboratory, past chairman of the board of Marie Selby Gardens and has won numerous state and local awards, including Ernst & Young’s Entrepreneur of the Year award.

As head of one the state’s largest commercial insurers, Craig Johnson works at fostering a culture that consistently puts FCCI on lists of best companies to work for while also growing the company’s revenue. Johnson started as an accountant at Deloitte & Touche in Baltimore and worked for USF&G and American Skyline Insurance before becoming vice president and controller at FCCI in 2003. He says the offer came at the right time. His family was young, and it gave them a chance to settle in Sarasota. He became FCCI’s executive vice president/CFO/treasurer in 2006 and president/CEO in 2011.

In the past five years, FCCI has expanded to 19 states and the District of Columbia and increased its workforce from 724 to 830. Revenue has climbed from $586 million to $836 million. “We’ve watched Sarasota grow and have grown with it. Our business started off in support of Florida businesses,” Johnson says. “Today, we support businesses all over the country while keeping our roots in Sarasota and supporting the local economy.”

Bayne Beecher is the voice of the area’s manufacturing industry through the Sarasota-Manatee Area Manufacturers Association (SAMA). As a mechanical engineer for Sarasota County’s largest manufacturer, PGT Industries, he’s aware of the challenges manufacturers face in finding labor and has worked to educate area youth about the potential of manufacturing jobs.

“I love manufacturing, and I love what manufacturing does for an economy as a multiplier, so I’m not opposed to making personal sacrifices,” Beecher says referring to the time he devotes speaking to high school students.

After graduating from the University of Illinois Champaign- Urbana, Beecher and his wife, both natives of Jamaica, were drawn to Florida’s climate. He worked for Eaton Corp., Delphi-Mechatronics and Stoneridge before joining PGT Industries in 2008. A certified Six Sigma Black Belt — a professional who can teach and explain the Six Sigma techniques used in improving manufacturing and other processes — he also holds an MBA from Webster University and serves on the board of FloridaMakes, Florida’s NIST Manufacturing Extension Partnership center.