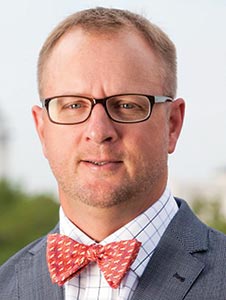 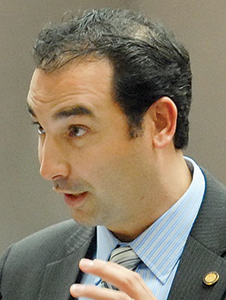 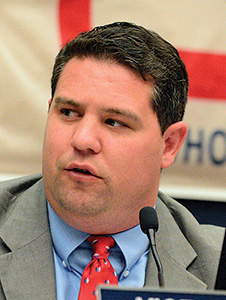 “To be clear, we view this as an admission that Marriott was violating the rights of purchasers and owners under existing law — precisely in the manner alleged in the complaint,” Norton says. “We hope the court will see it for what it is: A failed attempt to manipulate the political process to mask wrongdoing.”

The two Florida legislators who carried the bill claim they never knew about the Marriott lawsuit while they were working on the legislation. Both said they only learned of it weeks after the session ended. Asked about his reaction upon learning that his own bill could affect an active lawsuit, Hutson says only that he was “surprised.” La Rosa, meanwhile, describes himself as “still learning more about the motivation of both sides.”

‘Bigger than a lawsuit’

A spokesman for Marriott declined to comment on either the lawsuit or the legislation. But Hunter, the lobbyist for the American Resort Development Association who worked the bill, says the goal of the legislation isn’t just to help Marriott defend itself. It is, he says, meant to protect the entire timeshare industry from similar attacks in the future, should a judge, who is unlikely to be familiar with the history and intricacies of timeshare law, interpret state statutes in a way that no one in the industry ever intended.

“This was bigger than a lawsuit,” Hunter says. A negative ruling “could have a consequence of being devastating, conceivably, to the industry.”

Everyone must now wait to see if the legislative strategy worked.

In late September, Mendoza, the judge presiding over the case, granted Marriott’s motion to dismiss — but gave the Lennens permission to refile with a clearer, more concise complaint. Norton said his clients intend to try again.

Anthony and Beth Lennen owned two weeks at Marriott’s Crystal Shores on Marco Island. They claim the switch to a points system cheats them by diluting the value of their timeshare real estate.

Timeshare industry lobbyist Gary Hunter worked with state Rep. Mike La Rosa and state Sen. Travis Hutson on adding two provisions to a bill while it was still in the drafting phase and exempt from public records laws.