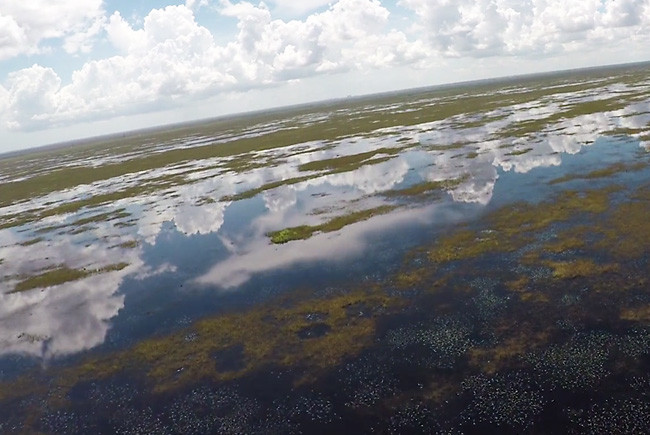 Unprecedented June rainfall has led to a high water emergency in the water conservation areas. 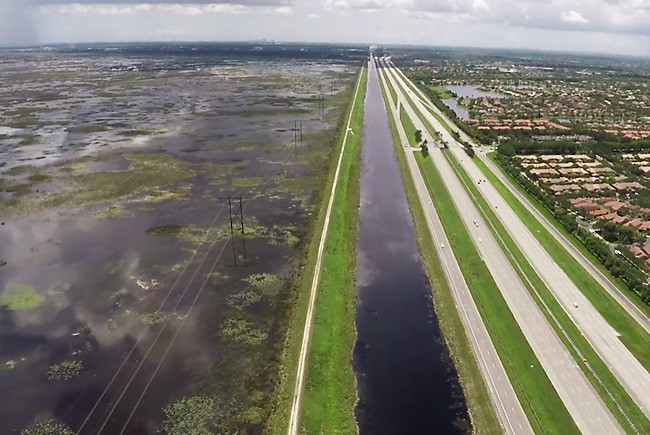 West Palm Beach, FL - Heavy June rainfall throughout South Florida, with some areas receiving more than 2.5 times the average, has led to dangerously-high water levels in Water Conservation Area 3A in western Miami-Dade and Broward counties. With approval from the U.S. Army Corps of Engineers (Corps), the South Florida Water Management District (SFWMD) is using structures not  previously available as well as taking several other steps to send as much water possible to tide to protect wildlife in the conservation areas.

"Given the enormity of the ongoing emergency situation in Water Conservation Area 3, the District and our federal partners have responded with emergency deviations to protect  wildlife," said South Florida Water Management District Governing Board Chairman Dan O'Keefe. "Whether federal or state, it is each water managers' responsibility to do everything in their power to lower the water levels and protect this area from further harm ."
The emergency deviations approved by the Corps in response to this emergency allow SFWMD to send more water to tide using the S-197 structure in Miami-Dade County, as well as increasing pumping at the S-332D pump station and allowing the use of the S-343A and B and S-344 structures to move more water out of the conservation areas to Everglades National Park and the Big Cypress National Preserve.
In addition to the emergency deviations approved by the Corps, SFWMD is also taking several other actions to lower water levels and reduce the risk of flooding during this emergency including:

The Corps also plans to implement several actions in response to the high water emergency including:

Additionally, SFWMD has begun  daily inspections along the stretch of the L-37 Levee, bordering Water Conservation Area 3A in Broward County between Interstate 75 and Griffin Road, to ensure its integrity. SFWMD safety and operating procedures require checks of the levee when water levels exceed 11.48 feet. High water levels in the conservation area can put pressure on the levee and must be monitored. In 2014, SFWMD reinforced several sections of the Broward East Coast Protective Levee, including the L-37 Levee, by installing a filter berm that used sand to minimize the impact of seepage on the levee.