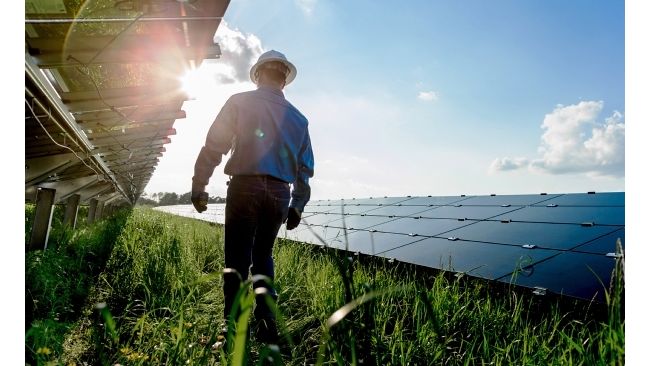 It will be built on 70 acres near Live Oak, Fla., just east of the existing Suwannee River Power Plant.

The new Suwannee Solar Facility will produce 8.8 megawatts (MW) of carbon-free energy, which is enough to power about 1,700 average homes at peak production. The company expects to break ground in the spring with full operation by the end of 2017.

The solar facility will be owned, operated and maintained by Duke Energy Florida.

In December 2016, the company retired three natural gas units at the Suwannee River Power Plant. Those units, built in the early 1950s, had the capacity to generate 129 MW of electricity. Three other 1980s-era natural gas units, capable of generating 155 MW, remain in operation as part of the system that supplies extra energy when demand from customers is the greatest, such as on a cold January morning or a hot August afternoon.

"We are committed to expanding clean energy in Florida," said Harry Sideris, Duke Energy state president – Florida. "Retiring older units like those at Suwannee River and building new solar power plants provides the greatest amount of renewable energy for customers, in the most economical way."

The Suwannee Solar Facility is the third in a long-range plan to bring more universal solar energy to Florida, which ensures residents have increasingly clean and diverse power sources.

In addition to building universal solar in the Sunshine State, Duke Energy Florida is helping more than 120 residential and business customers per month interconnect private solar on their property.

The company established a renewables service center to make it easier for customers to interconnect. In the past five years, the number of customers who have interconnected private solar increased by 450 percent. Over the past eight years, Duke Energy has invested more than $4.5 billion in wind and solar projects in 13 states.

With its Florida regional headquarters located in St. Petersburg, Fla., Duke Energy is one of the largest electric power holding companies in the United States. It supplies and delivers electricity to approximately 7.4 million customers in the Southeast and Midwest, representing a population of approximately 24 million people. The company also distributes natural gas to more than 1.5 million customers in the Carolinas, Ohio, Kentucky and Tennessee. Its commercial business operates a growing renewable energy portfolio and transmission infrastructure across the United States. Headquartered in Charlotte, N.C., Duke Energy is an S&P 100 Stock Index company traded on the New York Stock Exchange under the symbol DUK. More information about the company is available at duke-energy.com.