Arthrex gives employees a paid day per year to volunteer and matches up to $1,000 annually to each worker’s donations. Local charities get not only financial support but also “boots on the ground” in Arthrex workers, says state Sen. Garrett Richter. Of his interactions with Schmieding, Richter, a banker, says that “some of it’s been more positive than other times. He’s very intense.” But, he says, employees are proud to be at Arthrex. “Not only a great company for southwest Florida but also for Florida.”

Other perks of Arthrex employment: A culinary staff of 32 that makes healthy lunches free for more than 2,000 employees a day. For every five years of service, employees get an extra week off and a company-paid trip of their choosing, which have included African safaris and Mediterranean cruises. There are on-site, free health clinics for workers, free gym memberships, a full-time wellness coordinator, treadmill workstations and seminars on health. Arthrex is an American Heart Association “Platinum-level Fit Friendly” workplace.

Schmieding has said he wants to blend the best of U.S. and European work cultures to build loyalty and limit turnover, which is less than 2%. Like many European companies, Arthrex offers free health care insurance for all employees, employee security “rarely tasted in the U.S.” and a German-style Christmas bonus based on seniority, overall company results, positive team attitude and team and personal performance. From the U.S. comes humor, team decision-making, delegation.

“You wash it all down with German beer, French champagne or Italian wine at frequent corporate events to celebrate individual achievements,” he wrote. Arthrex is on Florida Trend’s Best Places to Work in Florida, a similar Fortune list and has been honored as a workplace for diversity, millennials and manufacturing workers.

The osteoarthritis, sports medicine and minimally invasive surgery markets are great places to be as the developed world’s population gets more active and ages. Arthrex holds the largest share in the arthroscopy/soft tissue market, with a 27% slice of a pie that’s projected to grow 4.2% through 2017, according to Chris Mosby, managing editor of Orthoworld, an industry publication. 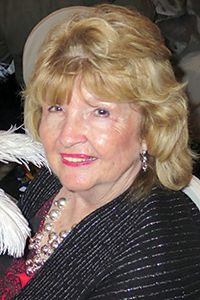 “He’s never been confrontational to me, but you can’t mess with him.”
— County Chairwoman Donna Fiala

Spokeswoman Gardiner says the company averages 500 new products a year, makes 70% of its products in Florida and exports more than $1 billion worth of goods to more than 100 countries from its logistics center in Fort Myers.

Schmieding, appearing in March before the county’s board of commissioners, projected Arthrex will grow 15% to 20% a year, with the number of visitors to his company increasing to 15,000 to 20,000 a year. He said he expects employment to grow by 300 to 400 a year. He spoke proudly of hiring engineering graduates of Florida Gulf Coast University and of the capital his company’s export sales have brought into the region. Family ownership of the company enables him to be free of investors and focus on the company’s long-term health and research and development work, he said. In July, Gov. Rick Scott announced the company would add another 560 jobs in North Naples.

As he spoke before the commission, Schmieding also made a cryptic comment on the future, alluding to 10 sports injuries he said he’d experienced himself, including two related to arthritis.

“Arthrex is on the verge of successful treatments for osteoarthritis using biologics. Any of you that have arthritis, you will probably be treated some day with technology that’s been researched and developed right here in Collier County,” he said. He said he treated his arthritis with company biologics and “my symptoms are gone.”

The occasion for Schmieding’s public comments was a love-fest for Arthrex. Commissioners honored it for 25 years in business in Collier and separately honored it for bringing medical tourism to the county. The local Chamber of Commerce, at the same meeting, honored Arthrex as Business of the Month. Praise flowed from commissioners — “lucky to have them,” Chairwoman Fiala said. The “gold standard” for the county, another said.