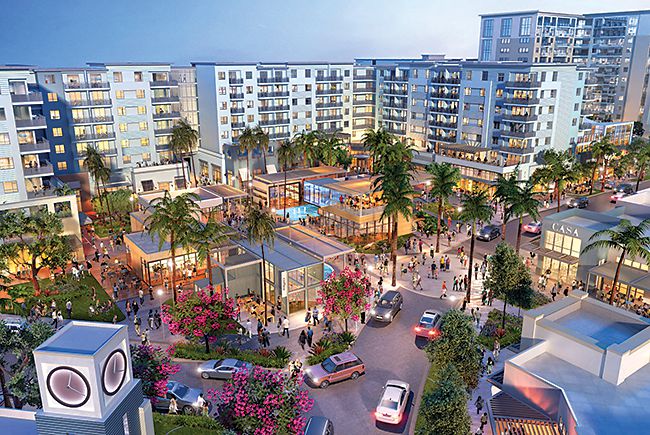 The Broward County development will have 750 apartments and less retail space.

Alterations: Fashion Mall will be reconfigured as a mixed-use development

Maitland business attorney Trevor Brewer first noticed the sign for a new brewery in Longwood during a commute to work five years ago. “I like craft beer. I’d been to some places in Colorado and was excited to see one coming to my hometown,” says Brewer. But after the sign went up, nothing happened for more than a year. “I honestly thought I had missed it, that it had opened and closed overnight.”

When the Hourglass Brewery finally opened a year later in 2012, Brewer stopped in for a pint of Prestissimo Scotch Ale and asked one of the owners what had taken so long. “He told me it just took a long time to deal with licensing — both state and federal. They’d complete their paperwork, they’d send it to the government, and something was wrong, or not complete, and they’d get it back from the government,” says Brewer. The owner lamented that as soon as they’d fix one error, they’d hit another snafu.

Assuming there must be attorneys in Florida that specialize in helping startup breweries navigate regulatory red tape, Brewer searched the web. But he found none. So the aptly named lawyer set out to become an expert by talking to other microbreweries and reading up on the laws affecting the craft beverage industry.

Today, Brewer advises more than 50 small Florida breweries, and business is growing. He says he gets about three to five requests each week from brewers or distillers wanting to open a brewery or expand into a restaurant. Many find Brewer through his blog, Brewerslaw.com, which provides resources for new brewers and wineries and explores the legal nuances of the industry. Others hear about him through word of mouth.

Brewer helps independent local brewers wade through tricky regulations that have governed the production and sale of alcohol since the end of the Prohibition era.

State law, for instance, prohibits breweries from directly selling their product to consumers and retailers. Instead, they must sign contracts with state-licensed distributors who can sell the beer directly to bars, supermarkets and liquor stores. While there are some exceptions to the law, the system can create logistical headaches for the small beer maker Brewer says. “Hourglass Brewery has a new location, right next to a restaurant, and they can’t take the beer and roll it 10 feet away,” he explains. “They have to have a distributor come pick it up, take it back to the (warehouse) and then take it back to the restaurant.”

In fact, Florida regulations are so strict in prohibiting any relationships between manufacturers and retailers, Brewer warned in a recent blog entry, that craft brewers have to be prudent in not overstepping the line with respect to social media. Something as seemingly innocent as a brewer tweeting or tagging a vendor that sells their beer on Facebook or Instagram could be construed as “cooperative advertising,” Brewer warns – and could land a beer maker in violation of the state’s so-called “tied-house evil” statute.

Brewer’s timing couldn’t have been better given the boom in craft beer making. In 2011, Florida was home to 45 craft breweries. By the end of 2015, there were more than 151.

Brewer says he expects the industry to “continue to mature,” with existing craft labels expanding their business base and developing satellite locations across the state and beyond.

Whatever happens, he savors the work. “So much of my work with other businesses — it’s all services. It’s IT; it’s apps; it’s computer-driven. There’s very little that’s tangible about it,” says Brewer. “This is one of the few areas we get to interact with people who are involved in a tangible manufacturing process. They’ve got equipment. There’s steel, there’s stuff going on and at the end of the day, there’s a product that’s produced — and it’s a fun product that’s easy to enjoy.”