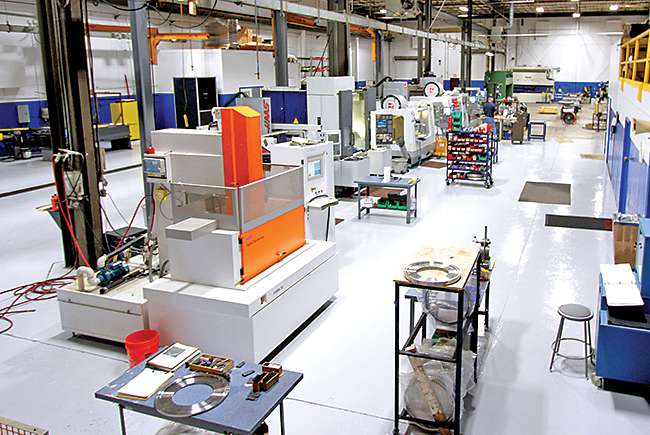 Santa Rosa County's quest to become a regional player in the aerospace industry involves a simple strategy: Start small and go after quality.

The county took a step in that direction last year when it landed TPR Systems at its "160-acre Santa Rosa Industrial Park. Founded in 2002 by Dick Todd, TPR is a precision manufacturing and fabrication company with a diverse customer base that includes the aerospace and turbine power generating industries.

"They are a highly specialized company, and they do a lot of work in the aerospace sector, so it just made sense to pursue them," says Shannon Ogletree, executive director of the county's Economic Development Office.

Pyritz says the company employs "highly trained, very smart guys who bring a lot of good ideas to me all the time. We're always looking to expand into other industries."

TPR's move to Santa Rosa County is attracting the attention of other aerospace suppliers. "Over the past year we've taken three companies on a tour of TPR that were looking to expand in this area," says Ogletree. "One was an Airbus parts supplier that wanted to know what our local capabilities were. And, fortunately, we had TPR's impressive operation to showcase."

Lisa Reese has been named president and publisher of the Pensacola News Journal. She replaces Terry Horne, who left last year for a new position within Gannett.

Retired Navy Capt. Susan K. Cerovsky has been appointed director of the University of West Florida's Center for Cybersecurity. Cerovsky joins UWF after nearly 30 years in the Navy.

BAY COUNTY - Bay County officials plan to spend $1 million to study whether to reopen East Pass. The pass was dredged and opened in 2001 but closed in 2003 because of natural marine forces. The money is part of $6 million the county expects to get as part of the Deepwater Horizon oil spill settlement.

FRANKLIN COUNTY - Through June, Franklin County had received about 3% more from its 2-cent tourist development tax on overnight lodging than during the same period last year, according to the county's finance office.

PENSACOLA - PGA Tour pro and Milton High School graduate Bubba Watson is partnering with developers Quint and Rishy Studer on a candy store and ice cream parlor to open next year in downtown Pensacola. J2 Engineering, a Pensacola-based construction management and environmental services firm, has been acquired by Philadelphia-based Pennoni Associates. The companies did not disclose terms.

TALLAHASSEE - City officials are planning a new international arrivals facility at Tallahassee International Airport. The $8.5-million facility will be the first of its kind in northwest Florida, allowing the airport to process through Customs the arrival of international passengers.

TAYLOR COUNTY - Fort he second year in a row, property values in Taylor County are projected to increase. This follows five straight years of declines during which the county lost $259 million in assessed property value.

WALTON COUNTY - The Crossings at Inlet Beach, an upscale shopping center, opened with nine shops. A second phase of the center is under way.