The American job machine is in high gear

U.S. businesses were busy adding workers last month, according to an employment survey released Wednesday. Small businesses accounted for about half of the hiring. More at the Wall Street Journal, the AP, USA Today, and Business Insider.

As courts and regulators increase their scrutiny of the relationship between businesses and independent contractors, employers are turning to a range of tactics to classify workers, taking them off the formal payroll and lowering costs. More at the Wall Street Journal.

Floridians became more confident about their personal finances in June, reversing two months of increasing pessimism over the economy, according to a University of Florida survey. More at the South Florida Sun-Sentinel.

Former Miami Heat player Ray Allen dribbled his skills off the courts this past National Basketball Association season and dove straight into Miami’s business community. Like other professional athletes who have turned to Miami for post-career business ventures, Mr. Allen plans on launching his this September. More at Miami Today.

Things are looking pretty good for Jacksonville, according to a recent article by Florida TaxWatch. The city, the article begins, “is a rising star of startup activity and job creation.” More at the Florida Times-Union.

As more consumers than ever bank online or on mobile apps, banks have had to adjust, moving many services online and reducing the number of physical branches. Some banks have virtual tellers, which make remote bank employees available for extended hours in a day.

» More from the Orlando Sentinel 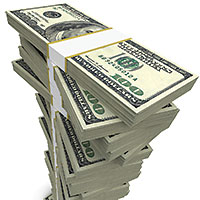