Strong job growth and low mortgage rates have prompted greater demand for housing, boosting home values. The continued gains are at roughly double the pace of wage growth, but current levels appear more manageable than the double-digit home price increases seen during parts of 2013 and 2014. More at the AP. 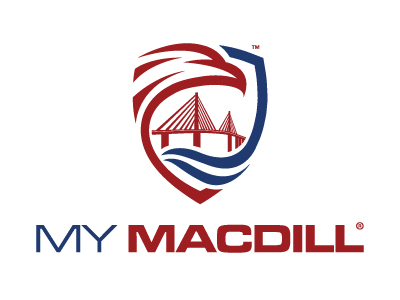 The Campaign is a broad community organizational effort to support the service men and women from all branches of the armed forces serving on the base, along with their families.

» More from MyMacDill and the Tampa Bay Times.

The state's budget goes into effect Wednesday, along with 130 other new laws written by the Legislature this year in the regular and special sessions and signed by Gov. Rick Scott. More at the Orlando Sentinel, including a slideshow.

Consumers may continue to eat out about four times a week on average, but their dining satisfaction at full-service places is stagnating — and even falling among fast-food joints. Those trends suggest consumers are not likely to spend more money at restaurants even as the economy improves. More at the Tampa Bay Times.

Disappointing citrus season is over in Florida

The recently completed 2014-15 season marked a pivotal time for the Florida citrus industry — on the cusp between recovery and ruin. The season marked a psychological milestone in the decade-long war against citrus greening. More at the Daily Commercial.

See also:
» Citrus consumption and skin cancer: How real is the link?

FIU to create MakerBot Innovation Lab at its Urban Studios

The MakerBot Innovation Lab, supported by a $185,000 grant from the John S. and James L. Knight Foundation, will include 30 state-of-the-art 3D printers and four 3D scanners where public programs and educational opportunities will be offered. More at the Miami Herald. 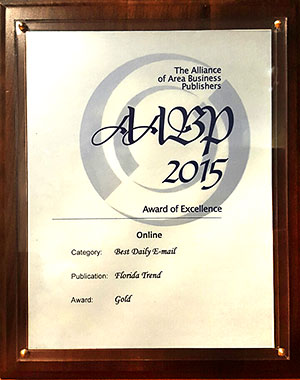 At the Alliance of Area Business Publishers conference this past weekend, Florida Trend won 5 national awards. Florida Trend received a Gold Award for Best Daily Email, and Bronze Awards for Best Feature Layout, Best Use of Photography/Illustrations, Best Feature, Best Body of Work, Single Writer. The awards were out of 622 entries from 40 publications in the U.S., Canada and Australia. More information here.