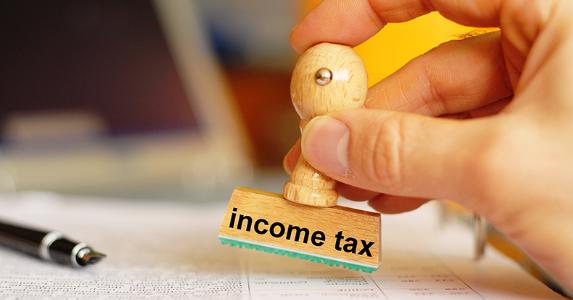 Moments of Truth: A look at the Human Performance Institute

The Human Performance Institute in Orlando has built on expertise training top athletes to become a leading health and wellness provider to executives at Fortune 500 companies.

Sign up for the 2½-day corporate athlete training program at the Human Performance Institute, and the first thing staffers do is draw your blood. Then they make you strip.

Once in a Speedo, you're squeezed into an egg-shaped chamber that measures your percentage of body fat. It's one of a series of data points that will be delivered to you a little later in the program — at a moment that trainers there call "facing the truth."

Two decades after it began as a performance training center, the Human Performance Institute provides high performance and health-and-wellness training for close to 200 corporate clients — including nearly a third of the top largest 100 companies on the Fortune 500.

Since December 2008, the institute, which sits on a nine-acre oasis of fountains, tennis courts and classrooms at the entrance of Orlando's Lake Nona Golf & Country Club, has been owned by health care and pharmaceutical giant Johnson & Johnson, a key piece of JNJ's Health and Wellness Solutions. Research produced by the institute led to the development of Johnson & Johnson's "7 Minute Workout" app.

What separates the Human Performance Institute from other corporate training programs, executives say, is its focus on helping people produce more energy through a combination of physiology and psychology. The institute focuses on four types of energy: Physical (fitness and nutrition), emotional (state of mind), mental (focus) and spiritual (motivation).

The roots of the Human Performance Institute go back to Colorado in the 1970s. Co-founder Jim Loehr was the chief psychologist and executive director of a community and mental health system when the track and field coach at Adams State College asked Loehr to help train his team. The idea of helping healthy people become extraordinary, rather than sick people become healthy, appealed to Loehr.

He started his own practice, training — and studying — athletes in Denver. But he soon learned that few top athletes wanted to train in the high altitude. So he moved to Florida, first joining the former Jimmy Connors U. S. Tennis Center in Fort Myers and later legendary coach Nick Bollettieri's academy in Bradenton. In both cases, Loehr made a condition of his employment that he be allowed complete access to top tennis players and prodigies such as Andre Agassi, Jim Courier and Monica Seles.

Among the insights he gleaned While studying the best players: Between points during a game, the very best players follow consistent routines — whether reenacting a misplayed point with the correct stroke or twirling a racket a certain number of times. The athletes use the behaviors to calm themselves and refocus for the next point; the research showed that the top players actually brought their heart rates down an extra 10 beats per minute compared to their competitors during the 16-second breaks.

Similar concepts — interval training in exercise, which alternates periods of physical stress with relaxation — are now fundamental elements of the Human Institute's approach. "The lessons we learned in tennis are really applicable in any area — any highstress area," Donovan says.

In 1992, Loehr and Jack Groppel, a former kinesiology professor and bioengineer at the University of Illinois, decided to start their own company. They started at Saddlebrook Resort in westcentral Florida, but a consultant told them they needed a location within 10 minutes of a world-class airport if they wanted to attract top athletes. That's how they ended up at Lake Nona, just minutes from Orlando International Airport. It also happened that Lake Nona developers wanted a tenant that would attract high-end clients who might ultimately buy property in the area. The facility, initially named after its founders, adopted the Human Performance Institute moniker in 2005.

The sports business today accounts for just 1% or 2% of the institute's clientele. Most customers are executives of private companies who see the training as a way to both improve leadership performance at work and ease soaring health care costs.

One of the institute's highest Profile clients was A.G. Lafley, chairman and CEO of Procter & Gamble. It was Lafley, Loehr says, who urged former Johnson & Johnson CEO Bill Weldon to enroll some of his employees in the institute's training.

Weldon did one better: He went himself and eventually returned with his entire executive team. Loehr says he remembers Weldon asking him to enter the room after he and his executive team finished their 2½-day course. Weldon announced that he wanted to buy the institute. He asked his team about the idea. Every single one raised his or her hand.

"Bill said, 'Well, it's a unanimous decision. We would like you to join the family of Johnson & Johnson, and it'll be the fastest acquisition in Johnson & Johnson history because we already have everybody here,' " Loehr recalls. The sale was completed in December 2008; the purchase price was not disclosed, but Loehr says the institute posted sales of $13 million in the year before the deal.

Today, as a tiny unit within a far larger, publicly traded parent company, the Human Performance Institute doesn't disclose financials, although Donovan, a J&J employee who joined the institute after the sale in 2008, says the institute's revenue has grown every year but one since 2009. It has about 70 full-time and contract employees.

Johnson & Johnson, which has 128,000 employees worldwide, has made it a priority to have the institute's corporate athlete training reach as many of its own employees as possible, setting a goal of sending 55,000 employees by the end of 2015.

But it still has plenty of external clients, too. The biggest source of the institute's revenue comes from its signature corporate athlete course, although its faster-growing segments include a five-day "train the trainer" program, which allows companies to use the institute's licensed materials and techniques in internal training, and a recently launched e-learning platform.

Whatever the delivery system, the goal remains the same. "The healthier we can get you," Loehr says, "the better you're going to perform under stress."

The Human Performance Institute's corporate athlete program is a 2½-day affair that costs $5,200 per participant.

DAY 1 The first day begins with blood work and body compositions tests, followed by sessions on the science and performance psychology of personal energy, nutrition, the importance of movement throughout the day, an exercise session focusing on resistance and flexibility training and a lateafternoon seminar called "defining purpose" in which participants try to determine their ultimate motivation.

DAY 2 The second day includes a "facing the truth" discussion in which participants assess their current state of mind and fitness, the results of the first-day blood and body composition tests, a second discussion about nutrition focusing on the size and frequency of meals and the value of snacks, two more workouts — one devoted to interval aerobic training, the other on exercising without equipment — and a day-end "skillful storytelling" session in which participants are urged to adopt new outlooks.

DAY 3 The final, half-day includes a nutrition- and fitness-planning discussion, a class called "taking action" that focuses on the importance of developing rituals and habits, a final session about what to expect over the next 90 days and a send-off.

What is the most important metric you pay attention to in your own health and why?

"I have high blood pressure, so I try to eat healthy and do some form of exercise every day, like walking at least 30 minutes at a time. It is extremely important for everyone, especially as they get older, to maintain a healthy weight and increase physical activity. Those two simple things alone can go a long way in helping to lower blood pressure."

"People tend to view health as the absence of disease. I view health as the platform of life. Many underestimate how daily habits and actions affect one's health. I call this lifestyle medicine. I exercise every day. I swim and I walk. I monitor my weight to be sure it is in the healthy range. I have committed myself to healthy nutritional practices. Because I believe so strongly in the everyday decisions we make to be healthy, I edit the textbook, 'Lifestyle Medicine.' I made myself a promise years ago to try to make the world a healthier and a better place — every day."

"Exercise, exercise, exercise! Just 30 minutes per day, five days per week helps improve overall sense of well-being. It makes us more awake and alert at work. It helps us sleep better at night and increases energy during the day. Coupled with a sensible diet, exercise helps maintain a healthy body weight and reduces risk for major concerns such as heart disease."