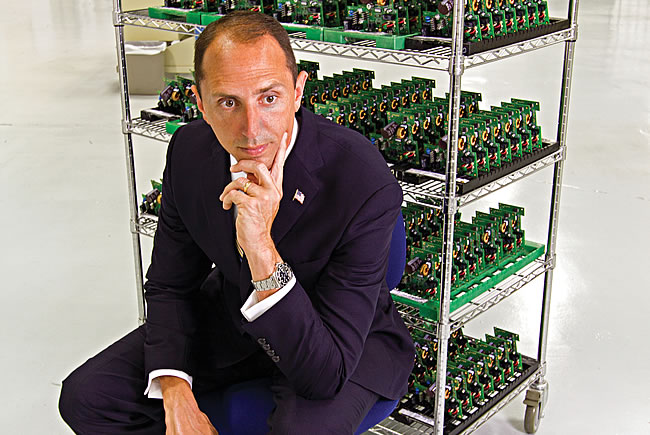 Meek points to Sibex Electronics as an example of a company that's diversifying the county's tax base.

First, Duke Energy announced it would permanently close the damaged Crystal River Nuclear Plant rather than fix it, costing Citrus County 585 jobs. Then, the North Carolina-based utility announced that its $35-million property tax bill — which accounts for 26% of the county’s tax base — was too high and it would only pay $19 million of it, forcing county officials to cut personnel and other costs to make up the difference. Now, says Citrus County Commission Chairman Joe Meek, it’s time to make sure the county never gets itself in this position again.

“We’re already looking to diversify our economy and our tax structure,” Meek says. “The change won’t happen overnight, but in 10 years and hopefully sooner, we won’t be as reliant on utilities.”

In addition to using incentives to encourage growth in the county’s eco-tourism, manufacturing and other sectors, the county is looking to create a medical corridor along its center, where it envisions a string of medical facilities, including hospitals and medical office buildings, to serve the county’s population — 55% of whom are older than 49. The county also continues to study the feasibility of a port at the mouth of the old Florida Barge Canal.

Discussions on diversifying the county’s tax structure, which might include more user fees, are also under way. Traditionally, the county has relied on large property owners — such as Duke Energy — to carry the load. The tax structure also relies on new construction, which has withered since the housing bust.

“While we face major issues in Citrus County, and they’re large and they’re real and they’re very impactful, the future is bright,” Meek says. “The county is going to get through this and we’ll be better for it.”