A voter in Tbilisi, Georgia 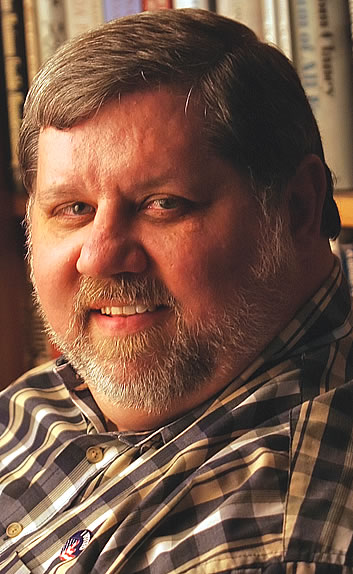 Florida pollster Bruce Barcelo is making a name for himself ensuring ‘ballot integrity' in budding democracies.

Bruce Barcelo is well known in Florida political circles, having worked on the campaigns of everyone from former Jacksonville Mayors Ed Austin and John Delaney to the late U.S. Rep. Tillie Fowler and state Sen. John Thrasher. But after decades of toiling in the Sunshine State’s political trenches, the Jacksonville pollster is gaining renown more than 6,000 miles away in the former Soviet republic of Georgia.

Bruce Barcelo’s path from Florida pollster to international election observer began in the mid-1990s, when he volunteered to do work in Ukraine for the International Republican Institute, a D.C.-based democracy building organization. He ended up traveling to the former Soviet Republic at least a dozen times over the next decade, while also doing work in Haiti and other countries. In 2007, he recruited Tom Nolan, a business associate with whom he had worked on numerous referendum campaigns in Florida, to begin doing focus groups overseas for the organization.

Three years later, Nolan, Barcelo and another IRI consultant, Brian Mefford, decided to form their own election observation group after being contacted by some former Odessa natives living abroad who were concerned about potential election rigging in an upcoming vote.

“I’m a bizarre local hero in Georgia — totally accidentally,” Barcelo said via Skype from Tbilisi, where’s he’s spent the last month monitoring the nation’s parliamentary elections under the auspices of the Committee for Open Democracy, a non-profit group that he helped found two years ago along with fellow Floridians Tom Nolan and David Wilcox.

The Bradenton-based organization’s mission, Barcelo says, is working to help “ensure ballot integrity” in the voting process in emerging democracies like Georgia, Ukraine, Moldova and other countries.

To do that, his group deploys teams of observers months in advance of an election to assess the country’s voter registration process, monitor political campaigns and media coverage, and watch how the government uses its administrative resources and enforces, or fails to enforce, the law. On election day, the organization’s trained volunteers are dispatched to polling sites to monitor voting and counting and to conduct exit polls to help validate election results. If problems are detected, the group turns its findings over to the media, which can publicize them.

In the recent parliamentary elections in Georgia, Barcelo and Nolan, a Bradenton political consultant who is president of the Committee on Open Democracy, say their teams witnessed a number of irregularities, including problematic voter lists, intimidation and vote buying.

Exit polling, meanwhile, can present unique challenges in a former Soviet republic. “When you have a country that has emerged from a totalitarian culture, people are normally reticent about giving their opinions to anyone who’s official-looking. It’s still a little daunting to people,” says Barcelo. Rather than ask voters for whom they voted upon exiting the polling booth, his team created a second “mini-voting box” so that 30,000 voters they interviewed could maintain their anonymity. “We give the person a paper ballot, they mark the ballot, close it and put it inside an envelope and they drop the envelope into a clear plastic box, with a seal that has a slot cut in the top.”

The organization has faced other challenges in its work, as well. Two months after the Committee for Open Democracy’s teams arrived in Georgia, the country’s Central Election Commission passed a new law requiring international observation groups to disclose their funders and the amounts of money they raise. According to the Economist magazine, the rule change was followed by claims by the governing United National Movement party that the Committee for Open Democracy “was being secretly financed by the opposition.”

“It didn’t stop us,” Nolan says, explaining that his group did not identify its donors because it could “put people in jeopardy” in a nation where he has documented administrative abuses that have included people losing their jobs for supporting opposition parties. “We had another observer group and had them accredited under their name. The observers still worked for us, still reported back to us, still did all the things they were trained to do.”

Challenges notwithstanding, Barcelo’s work has made him a celebrity of sorts. When 100,000 Georgians gathered in Tbilisi’s Freedom Square on Oct. 1 to find out who had won in the parliamentary elections, Barcelo’s face was the one on the big screen announcing the results. “They stop me in the streets to take a photo with me,” Barcelo recounts. “At midnight, I was in a little grocery store buying soda and snacks, and two men came up to me and said, ‘We just saw you on TV!’ ”

In addition to its work in Georgia this year, the Committee for Open Democracy has teams in place to monitor elections in Moldova, Slovenia and Montenegro.

“I was in Odessa (in the Ukraine) in 2004, and a little old man came up to me at the end of the night and he said — he had pipe ashes all over his gray sweater and he said — ‘Thank you, Mr. America, to save my country.’ Where are you going to get that in Florida? I’m not Mr. America, but the reference was clear — he was thanking America. I like that.”